Author missing! – Author of the month for May 2012 for the Amsterdam based magazine-Angie’s diary, Alan Place has gone missing.

Alan who was always scared of the publicity his work could bring if he got known walked out of his house last week and has not been seen or heard of since. The sudden rise to fame is no shock for his friends, who have told him for almost a year that he is a good writer-yet despite the growing success of his stories both on line and in print, he never could accept this. 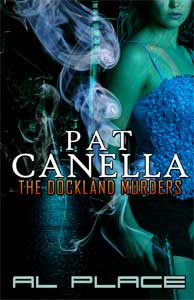 Close friends are worried as one of his early creations ( P A Canella) was based largely on himself and he did just this in a story. Some reports have said he is on his way to Scarborough, friends doubt this as since his injury, he cannot travel by train. Talking with his close friends has revealed that he had plans of a new series of stories based on time travel but with a lot of ongoing projects, the worry is that this was just too much, too soon for Alan and he has decided to become the reclusive character that inhabits his main story of “Chronicles of Mark Johnson.”

In this series Mark Johsnon has to escape the high life and goes to the coast to find his passion for life again. It is well known among friends that Alan also loves the Yorkshire coast, the area features in his early ghost stories very much. With an ever-growing fan base for his stories on line and in the market, we hope he can findd himself and return to the writing his fans love.

Children Learn From Others