Like a lot of people I have been watching the phone hacking situation unfold. Certain celebrities having their privacy invaded. Who really cares about these spoilt prima donna’s or their life style? or if they are living hand in hand with the same creatures of a low moral standard and too much money. I believe that most people could not care a jot about them, sewer rats living of one another’s fleas.

Then the whole moral morass changed dramatically with allegations of phone tapping in to news stories that brought innocent bystanders lives fully under the microscope, private investigators invading the privacy of families and victims causing more suffering to those who lost a dear one, or trying to overcome a horrfic experience.

Was this really, as we are told, just the action of certain reporters or is it a management philosophy to get a story by any means? No matter the legal constraints of society, payments to police officers seems to hark back to the days of Soho gangsters and brown paper envelopes, bringing a huge disruption to the Met. when Robert Mark was appointed and ripped the heart out of old-fashioned policing. 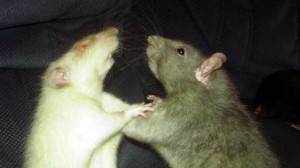 The major Question that needs to be answered is “is News Corporation a corrupt Company?” is its moral stand point to get the story irrespective of whether it is legal or ethical? If they are using illegal means to get a story in the UK are they also carrying out the same practices in the USA?, the same technology is available, more targets and stories exist there. Perhaps they are hacking President Obama’s Blackberry. We know that Rupert Murdock is totally opposed to his policies and would delight in being able to put any juicy morsels out on Fox News. Is anyone checking?

Perhaps nobody cares in America if the press break all the laws, they have so much power every one is totally scared of them. If no one can hold them accountable, perhaps it is now time to regulate the press in the same way that every other section of society is regulated.

After all most media operation today are no longer a free press, they are just a propaganda organisation, they are selling a particular agenda just the same as Heinz sells beans Or Johnson & Johnson sell medical equipment. The modern media organisations are only interested in putting forward a political view-point, keeping rich men even richer, no taxation without what? Not who can buy the biggest company to make the most noise.

The Amusing Musing of an Ephemeral Angelic Essence