Mothers from the sixties told their daughters they could be whatever they wanted to be and never think being a woman made you less than a man.

We have heard women are stronger since we deliver babies, and we also kept house, cooked, dressed the children, brought them to birthday parties and school events –  but before women were strong enough to speak out – men believed a woman’s place was at home. 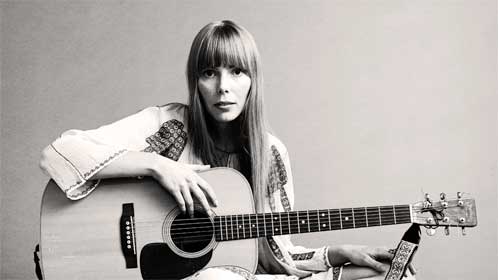 Women of today can be themselves, talk on an equal level with men, not just hand them a beer during a ball game.

The high point of a women’s day is not some soap opera, but a break from her job might be to keep an appointment at a spa.  Women have their nails and toes looked after, dye their hair, hold down a good job while still loving their family.

We have made a difference but more things need to be written in cement.

Those who were teenagers in the sixties tend to be different mothers and grandmothers.  Some you wouldn’t believe could carry around the title of a grandmother, remembering grandmothers from a different generation seemed to look the same, no matter their age.

Now they have dreams, a career, and years to go to continue working.  Many women of several generations have become the main breadwinner of a family – and yes, there are stay-at-home dads.

As children before the sixties, girls were still playing games where they would make paper fingers with names of doctors, lawyers, an Indian chief, etc.  Women from the 1960s were still under the scope of learning how to take care of a family, and this included marrying someone with money.  Thinking back, children were always dreaming – but never believing.

Everyone tends to lean toward what interests them – and today if a woman wants to fly to another planet, it’s done.  If they want to head up the largest, most progressive hospital, it’s fine.

They can be inventors, lawyers, judges, doctors, everything that they wrote on their finger papers.  There is still one final step for a woman, to become this country’s President.  It will happen, it will be a common occurrence to see a man and woman fighting the issues, but we have to embrace it.

Women are still on the outside looking in with regards to politics – it has been a man’s game for centuries, in America.  Women have common sense, strong beliefs, they tend to see both sides of a story, and won’t ignore important issues.

Men are molded to be what they have to be, strong, a follower of a party, a man who must believe in one party – instead of thinking of the country as one concerned for the future, they tend to be concerned with the present.

Perhaps this comes from their past, thinking men are the breadwinners, and without this job, my family would not survive – they have been taught to follow those who are a few steps higher, and keep quiet when told to.

It would be the same in the world of business, if a man was to do something different than what was expected at work, they could lose their job, and so too a woman.

I believe women are open-minded, perhaps from listening to other women more often than men.  There was no course in school on how to become the breadwinner, but they did offer home-making classes.

Are women better listeners?  I think so – it boils down to the household and children, and their temperament.  Most women are willing to listen to another opinion and consider a change in plans.  Women also worry about the people who have nothing, who live on the street without warm clothes in the winter – life is a game and one where everyone can help one another no matter man or woman.

Women can be stubborn when it comes to what they want for themselves – but open to what others need.  Compare the rules of the mother from yesterday, they were adding stick after stick of real butter to the potatoes, and whipping them with whole milk.

Today’s mothers are forgetting the butter and whipping potatoes with skim milk.  I believe you can keep some of the old traditions and blend in the new – but if one person believes butter is a sin, it is their way of handling a situation.  This is a simple example of change, to accept or not, new ways.

It seems young girls of the sixties were self-taught or had support from one another to change how America viewed a woman.

Perhaps they had a mother who once wanted to be a lawyer, doctor, and gave it all up to remain at home and tend to the family – and their own mother was smart enough to speak up – something their mother never heard when they were young, support from inside the family, to be who you want to be.

To every woman, never stop supporting your own daughter, or someone you know, to pursue their dream and take chances in life, you will be doing the future generation of women a big favor.

What is a Book?