Will Trump Trump or be Trumped? 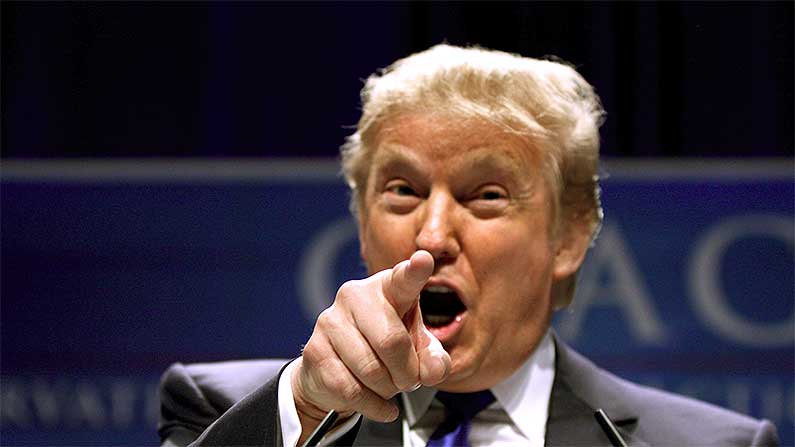 Trump or be Trumped

If you grow up in New York City, you can’t not know about Donald Trump. From his Trump Tower to his frequent being out in front.

Seeing, as they are both running for President of the United States, maybe The Donald and Chris Christie can have a wrestling match in the middle of the George Washington Bridge, seeing as both are out there. It would be funnier than a debate.

The Donald’s toupee goes off the bridge and into the Hudson River. Does he go after it? New York City Police and New Jersey State Troopers argue about who goes after it and act like the soldiers. Something out of medieval combat, with the two champions going at it.

Debates should be interesting. Debaters are supposed to have their facts straight and get their points of view across, not be bombastic. Living in Arizona now, I’m hearing the comments now. The two loud New York Area guys. (I lived in Morris County, New Jersey, before moving to Arizona. Chris Christie was one of my Freeholders, so I’ve known of him for years).

Why is Trump running? Bottom line, he’s worth nine billion (yes with a B) dollars he’s admitting to. He’s bored. What’s another business deal at that point? The comment about Mexicans was outrageous, especially if you live in Tucson.

I have American friends, who are of Mexican descent. Mexican immigration is very different. For many of my friends, the place they are from is only a few hours away by bus.

When my ancestors left what is now Ukraine, there was no question, they weren’t ever returning. I asked two of my friends if they became wealthy, would they return to Mexico to live. They didn’t hesitate in saying no. They work hard, obey the laws and contribute.

I would like to take this opportunity to tell The Donald, there might be the occasional Mexican, released from a rural jail, with the caveat he leaves town, and he risks the journey. This is hardly the Mariel Boatlift of 1980, where Fidel Castro set the United States up by emptying his jails, and we took the bait, hook line and sinker.

Trump came to Phoenix and railed about Mexicans. Yes, there are good and bad in every lot. The poor woman gunned down in San Francisco, by the illegal, but one out of how many?

Yes, we have immigration issues that need solving. The border is a mess. Hating Mexicans won’t solve it. As with history, many people like simple solutions. What The Donald is doing is throwing red meat to a bobcat.

In my travels around Tucson, I realized something. Many people are afraid of many things. I realized, if I were a sleazy Conservative candidate, I could raise votes simply in the following manner: Have barbecues throughout the Second Congressional District, provide food and drink (especially drink of the alcoholic kind), and run giant screens, with Fox News all day.

I am trying to imagine The Donald’s first State of the Union address. The disrespectful Congressmen and women are glared at by The Donald, who shouts, “You’re fired!”
That was tried. In England, by King Charles I. He truly lost his head.