Karen opened a store about the same time she started going out with Max. That year, she lost so much money and he made so much money they married at the end of December to enable him to save a bundle on taxes, which they split fifty-fifty. Ah! The sweet romance of tax deductions

Decades later, they are still married and muddling along together quite well.

Ted and Alison married for love, and despite their mixed marriage—she’s a night owl and he’s an early bird—they, too, are muddling along quite well. 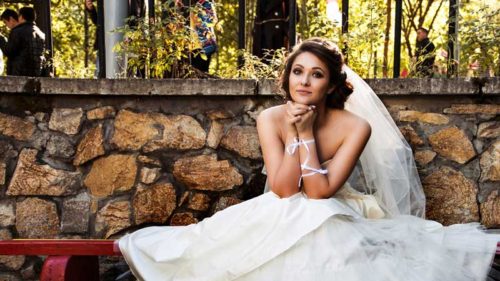 Between these two extremes—marrying for money and marrying for love—are thousands, perhaps millions, of religious, legal, sociological, and cultural reasons why people get married. In 2008, 2,162,000 marriages were recorded in the United States (down from 2,279,000 in 2004), which means that 4,324,000 people found a reason to get married.

All of the newly wedded had a personal reason for getting married, though many of them may not know their particular reason beyond that it seemed the thing to do if they were going to take their relationship to “the next level.”

There are practical reasons for getting married. Gifts, of course! To secure various legal and financial protections for themselves and any children they hope to have or already have. And, in this age of exorbitant health costs, so that the uninsured spouse will be covered under the insured’s policy. With this insurance policy, I thee wed.

And there are impractical reasons for getting married

. Because the relationship has gone stale, and getting married seems an easier choice than breaking up. Because she can no longer stand her mother’s nagging her to get married. Because he is tired of holding in his belly. Because, why not?

And, when they get married so they can always see themselves through the eyes of love, they are trusting that their partner will look on them with love no matter how much they change, will always notice them. And perhaps, this is the most important reason of all. In the movie Shall We Dance

, Beverly Clark (Susan Sarandon) says: “We need a witness to our lives. There are a billion people on the planet . . . I mean, what does any one life really mean? But in a marriage, you’re promising to care about everything. The good things, the bad things, the terrible things, the mundane things . . . all of it, all of the time, every day. You’re saying ‘Your life will not go unnoticed because I will notice it. Your life will not go un-witnessed because I will be your witness’”