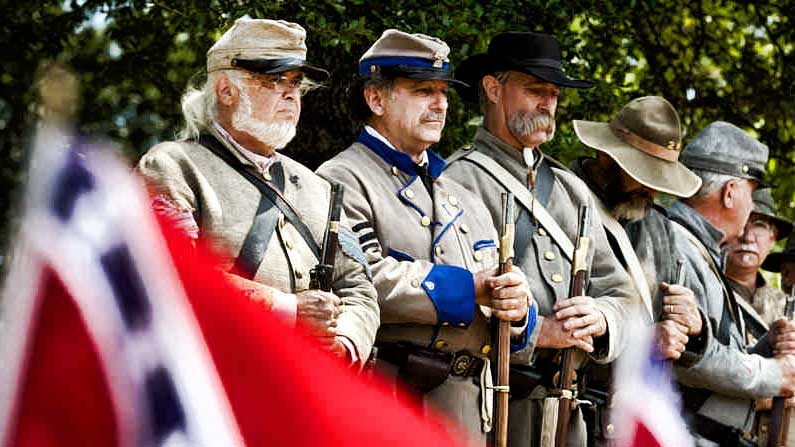 I am also sarcastic partially in the style of H.L. Menken, and I enjoy parsing things and troubleshooting. Why I enjoy mysteries, although this is no mystery.

First a start with terms. I’m writing this in reference to what happened in Charleston, South Carolina. Friends have reminded me the flag we are discussing is the Confederate Battle Flag, not the official Confederate flag.

Now, a comment about the shooter. He coldly sat there for an hour before he started shooting people, who welcomed him as a brother. No one verbalized, “What’s the white dude doing here?”

Then, he acted as Cain killing nine Abels. I am not mentioning his name because of something I learned from one of the victims of the Boston Marathon bombing. When she testified at the sentencing hearing, she refused to use his name. “He didn’t bother to learn my name before he blew me up, why should I learn his?” Enough said about that.

Now for a little sarcasm about South Carolina Governor Nikki Haley and her ordering the flag removed from the South Carolina State Capitol. I am being cynical, because it is my First Amendment right and because I can.
1. South Carolina United States Senator Lindsey Graham is running for President.
2. She wants business to come to the state.

Sometimes, things people may consider good happen for self-centered reasons.
What’s in a flag? Is it just a piece of cloth, or is it what you attribute it to?
I’m Jewish. There, I said it. The Nazi flag would obviously offend me. If you want to fly it on your front porch, have at it. This way, I know where you stand, and I know who to avoid. I want you where I can see you.

You know the saying “One man’s terrorist is another man’s freedom fighter?” I respect an Israeli flag. What if I had a picture of me, on Facebook, like the Charleston shooter with the Israeli flag draped over me, and I later shot up a mosque?

How different? How many Irish may still be offended by a Union Jack? In Tucson several years ago, immigration protestors marched with Mexican flags. It would make me want to ask them if they want to be American, what is the purpose of the Mexican flag in the demonstration? I would not set the flag alight, as a counter-demonstrator did.

The Nazis took the swastika for their flag. It is not a symbol they invented. It goes back to Buddhism. There is an irony for you. Klansmen have marched with the Stars and Stripes. To me, that is a desecration, but no one is banning our flag. I can think back to an incident in Boston forty years ago, during their busing crisis. A well-dressed African-American attacked in front of City Hall, by some kids with a flagpole. The flag at the end of the pole? The Stars and Stripes.

Entire books have been written about the American Civil War, which is one of my favorite topics in history. I am throwing this out there as food for thought.
Ironically, I’m writing this in 2015, 150 years after Appomattox.

In 2015, President Lincoln would be considered a racist. He considered a bill to have the Federal Government buy the slaves and send them to Liberia. He saw slavery as a moral evil, but this did not mean he saw African-Americans as equals. He believed the two races, black and white, could not live together.

You can also blame Eli Whitney for inventing the cotton gin, thus allowing the spread of slavery.

The Emancipation Proclamation was meant as a wartime measure against the rebelling states. Maryland, Kentucky, and Missouri didn’t have to free their slaves. That came later, only because the Union needed African-American soldiers as manpower. Also, New York had the savage Draft Riot, where African-Americans were murdered, and troops had to be brought from Gettysburg to end the disturbances.

My dealings with the Confederate flag and the South.

Some of you may be wondering, why an American of Jewish origin would not automatically condemn the Confederate Battle Flag. There were Jews, who fought under that flag. The Confederate Secretary of State, Judah Benjamin was Jewish. My favorite cousin is from Montgomery, Alabama.

The state motto is “Heart of Dixie.” Montgomery was the Confederate capital, until Virginia seceded, when it moved to Richmond, one hundred miles from Washington, with the two capitals staring across Virginia like opposing chess kings. (OK, who played the white pieces, who played the black)?

In high school, I was a fan of the Dukes of Hazard, and their car, General Lee. It never occurred to me it was racist in any way. If anything, the Dukes were like the Harlem Globetrotters, Boss Hogg and Enos, the patsy team that had to lose.

I was staying in Virginia with a friend and former boss, setting up her computer. I was sleeping on the sofa and happened to look up. This educated, worldly woman had some pictures above the sofa. They were in Confederate uniform. I discovered later; General Stonewall Jackson was an ancestor.

This same woman went to dinner with my other boss, an African-American at that person’s uncle’s house. The uncle was an important political figure. The niece of this political figure and a descendant of Confederate soldiers.

This leads to my next question. What made someone serve for either side in the American Civil War? Robert E. Lee was offered command of the entire Union army, until Virginia seceded. General Pemberton, the Confederate General at Vicksburg was from New Jersey.

For four years, I lived in Southampton County Virginia. The county seat, Courtland, had the memorial to the Confederate dead. Union General George Thomas was from there. My point? It went from individual to individual and their circumstances when men fought under the Confederate Battle Flag.

Are you going to paint them with a general brush stating that the men who fought under that flag were stupid and or racist? You could probably say in that era almost all white Americans could be classified as racist.

Why is the Confederate Battle Flag still found in the South? Because this is me, I am going to give you some reading.
Culture Shock, the South. I bought this for someone in Poland, who had lived in Alabama. The book had a statistic. Outside the South, only two out of ten people have a Civil War ancestor. If you are a white Southerner, seven out of ten of your ancestors fought in the war.

Don H. Doyle, The Cause of All Nations. Professor Doyle is at the University of South Carolina. The book is about the foreign policy of the Confederacy, but he also does a good job of explaining why certain procedures were followed North and South.

Jim Webb. Former United States Senator from Virginia and possible Presidential candidate. He wrote a book called Born Fighting, about the Scots-Irish in the United States.

I also thought of this on a legal level. I’m not a lawyer, but I wonder. In theory, could the Confederate flag be considered a flag of treason? If it is ever declared such, permission would be needed for Civil War reenactments if such reenactments would still be allowed.

I am planning to see if I can find this out. Can blacks and whites agree to disagree on this and still be friends? Must the heritage of those who fought be swept underground? Those who forget history are condemned to repeat it. Many have said the conversation on race has to be held; maybe this is a good place to start.

The flag should indeed be removed from government buildings. It can be in public places such as museums or libraries as exhibits. Certainly not on a state capital.
The far future of the flag? With the changing demographics of the United States, in a few decades, this entire essay may be moot and just as historical as the flag.
To conclude. The flag is a piece of cloth and only has the power you give it.

Gerry Huntman Apr 22, 2013 0
Book Markets and Author Respect Over recent weeks I have noticed some discourse on the topic of For The Love…
Psychology