What will Michelle Obama be?

Michelle Obama: Will she be Jackie O or Cherie Blair?

Throughout the Democratic campaign, Michelle Obama was known by senior party advisers as ‘The Closer’ for her skill at persuading undecided voters to sign their pledge cards. Today those same advisers do not underestimate her role in closing the ultimate deal: elevating her husband to the presidency and making history herself as the first black First Lady. 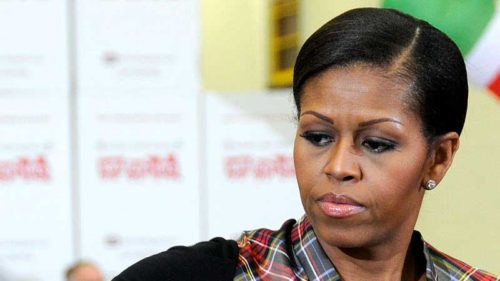 Like her husband’s, Michelle’s has been a rapid and momentous journey. It is only 18 months since she scaled back on her demanding $273,000-a-year public relations role for the University of Chicago Hospital, a job which made her the primary earner in the family, to support Barack on the campaign trail.

Today sees her at the start of another, equally tricky venture: navigating life as a new kind of First Lady, who has been hailed in some quarters as the 21st-century version of perhaps the most famous First Lady of all, Jacqueline Kennedy. Comparisons to the Kennedy era are something the Obamas have done little to discourage: yesterday the reference by the President-elect in his victory speech to the promised new puppy his daughters will take with them to the White House hark back to the gilded era in the early 1960s when four-year-old Caroline Kennedy’s pony Macaroni roamed around the White House grounds.

Visually, too, 44-year-old Michelle has much in common with the female Democrat icon, sharing her affection for simple tailoring and a sleek, bobbed hairstyle. While Michelle had long since reconciled herself to moving the family lock, stock and barrel to Washington (unlike Cindy McCain, who had contemplated maintaining the fulcrum of family life in Phoenix should her husband have become president), she has huge misgivings too. The alleged assassination plot directed at her husband by two white supremacists in Tennessee last month, although foiled by federal agents, was an unwelcome reminder for all the Obama family of the exposure life at the sharpest end of politics can bring. If some see her as the new Jackie O, then conversely the ghost of John F. Kennedy, shot in 1963, is never far away.