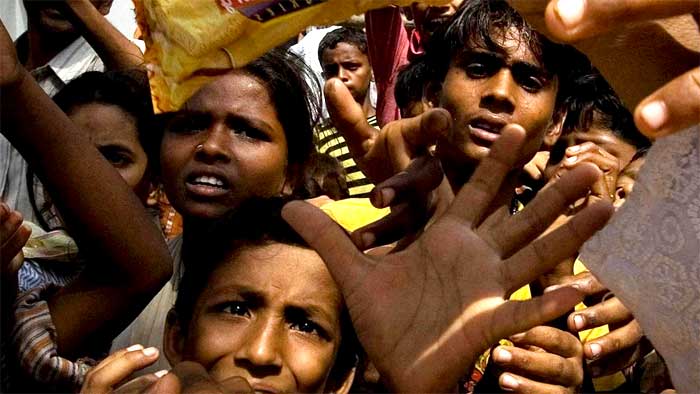 For me, it’s friendship to all and common decency – qualities that sadly get brushed aside in today’s uncaring world.

It seems to me that the basic human traits which separate us from the rest on this planet are rapidly being sacrificed. The great god Mammon rules as it always has closely followed by inflated egos, delusions of self-worth, and ruthless ambition at the expense of everything and everyone else.

As the western world fast tracks itself towards becoming one giant corporation at the expense of, and on the backs of, its own populations, countries outside the west become mere statistics, at best a nuisance, often regarded as a resource to be exploited at all costs, or worse – totally ignored.

All around me on a daily basis I hear, read, or see news stories that quite frankly make me shed a tear.

Millions lay starving and dying of thirst. Yet more millions are now making themselves stateless, leaving everything and everyone they know behind to journey to the west, convinced they will find streets paved with gold. They won’t. All they will find is intolerance, racism, and anger.

What do we do when they present themselves on our borders or somehow manage to enter our countries illegally hidden aboard a cargo or container ship or a truck? Western society throws its arms up in horror, crying out loudly “Send them back where they came from, we don’t want them here!” The west doesn’t want them. It never did.

While I agree with the notion that a country should take care of its own first, these people need our help too, don’t they?

continually pay millions in ‘overseas aid’, deluding themselves that they are earning credits in the ‘look how benevolent I am stake.’ None of it actually gets to the poor and starving. But when those self-same people turn up on our doorstep our governments won’t lift a finger to help them.

In reality, the average western government wants all non-western nations held at arm’s length. But where does that leave the stateless economic migrant and those escaping from war-torn countries? Nowhere is the short answer.

Whatever happened to man’s humanity to man I wonder?