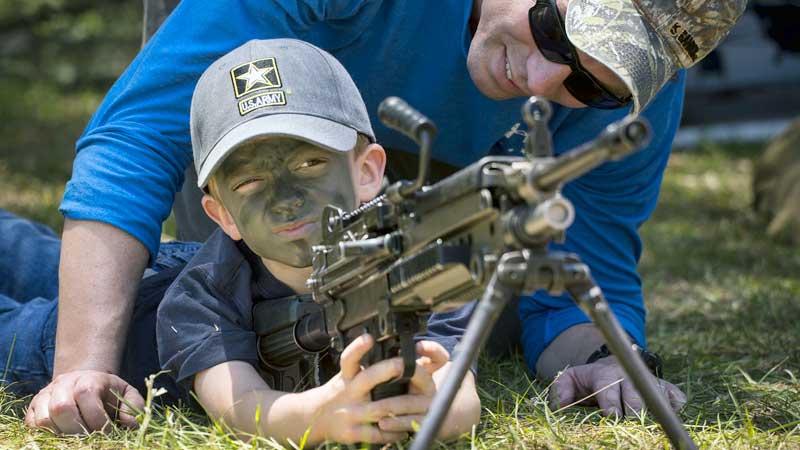 He who has eyes and knows how to use them anticipates the end from the very beginning.

I was at the zoo with my family in the capital. Close to the elephant compartment, a father encouraged his infant son who was bravely pointing his toy rifle at the unsuspecting animal. As he spoke excitedly about his shooting, the father was shouting enthusiastically, “Exactly! Kill it! Bravo! You killed it! Well done! Hero!”

The elephant, of course, was not injured, but what about the destruction of human conscience and dignity at an early age? Or do we prefer to perceive it as a harmless game, or cool and fun?

Once upon a time, the wise people counseled their children: “Honor the bread! If a crumb falls on the ground, bend down and pick it up. Do not trample on it!”

Do they see us now, in this era of human rights? We have already reached the point where we do not respect anything anymore – neither the earth and plants nor the animals and humans…

We are living in a time of total progress. And the free initiative neither knows nor recognizes any borders. Profit is at the forefront of producers’ objectives as they hunt to discover something new, unfamiliar, bizarre, shocking…

As a result, childish absurdities appear on the market, such as children’s balls the size and color of watermelons, and candies in the shape of worms and bones.

But this is nothing compared to bonbons in the form, size, and texture of human eyeballs. Here the word is not about a model for a lesson in the anatomy of the eye, but about sweets for our toddlers!

Seeing a basketful of this product, one cannot fail to think of the sinister exploits of the Ustashe before and during World War II.
…
However, if we return to live in an old-fashioned way, how will companies prosper and how will we become billionaires?

That is why we must continue enthusiastically on in the same, modern direction.

Danail Hristov is a global thinker and a critical researcher of religion, and today's world. He has published a dozen articles and three books. His writings investigate the causes of mercantilism and poor spirituality of contemporary society, and give new hope and responsibility for a better future.