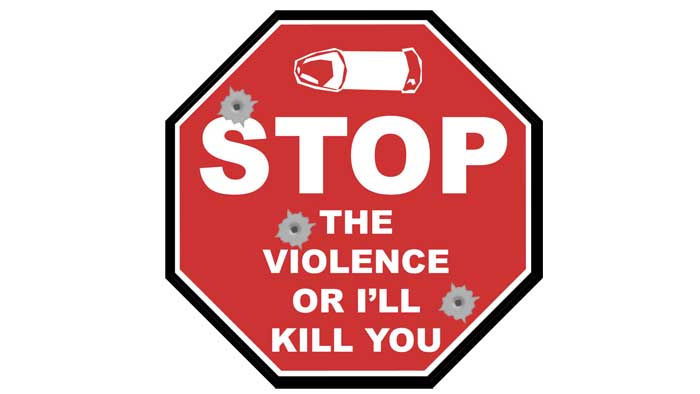 “Violence! Violence! Sometimes it truly makes sense!”
From the song Violence by Mott the Hoople.

We are facing another school shooting at Virginia Tech. A man killed a police officer and then himself Thursday at Virginia Tech, said media reports, in the first gunfire on campus since 32 people were killed there in 2007. The deadliest mass shooting in modern U.S. history.

I still remember the Columbine High School massacre that occurred on Tuesday, April 20, 1999, at Columbine High School near Littleton Colorado. This incident killed twelve students and one teacher, injuring others. The two senior students responsible for this horror, Eric Harris, and Dylan Klebold, committed suicide.

Then followed the investigation while the 24/7 media machine reacted, having opinions and updates for every angle of the story.

When I did a youth documentary with a social worker friend in 2002, we interviewed at-risk youth in the greater Toronto area. I was surprised how some naïve looking young people would name a dozen illegal drugs all in one breath.

We asked the usual questions. Does TV, or movies, cause violence? Indirectly, or directly? How about violent video games? All the footage was assembled and made into a documentary called Just Talk. We sent it to countless film festivals. Tiff, Banff, Tribeca, and the Sundance Festival.

No one was interested in the subject of youth violence. However, each film or documentary that comes out of the festival circuit is filled with gun violence. Just Talk had its world premiere at the Final Cut Short Film Screenings DJ & VJ Sets in the city of Brighton in the fall of 2003.

When 2004 arrived, at a friend’s insistence I saw Bowling for Columbine. Right at that time, I was reading Dante’s Inferno. When Charlton Heston was challenged by Michael Moore on his role in promoting guns after a school shooting, Heston walked away.

It was at this junction that I visualized a story where Charlton Heston succumbed to Alzheimer’s and descended into hell and is confronted by victims of his pro-gun policies. I called it Charlton Heston’s Inferno. I pitched this idea to a number of friends and everyone seemed to be supportive, but I shied away from it because I was not a fan of Michael Moore and always found myself frowning on Moore and his escapades.

It was only in June 2004 I read a story in the newspaper where a young woman left Ontario, traveled to New York to meet her fiancé. After only eight hours in the big apple, she was found stripped to her underwear and shot dead in a dumpster. It then became apparent that Bowling for Columbine and Dante’s Inferno would connect, and Charlton Hesston’s Inferno was set to become a reality.

When I completed the manuscript, I pitched it to publishers, both big and small. Some publishers feared lawsuits. Canadian Council rejected it outright, including Toronto Arts Council. That fear of lawsuits kept creeping up. As in the film festival circuit, they have no interest in youth violence or social issues. I learned publishers were strictly interested in nonfiction or romance novels. Why? They make money period.

It didn’t take long for them to send a rejection email for the proposal. The manuscript stayed the same except Mack replaced Charlton and Dunstan replaced Heston and Mack Dunstan’s Inferno was born!

Thus the film festivals and mainstream publishing houses showed no interest in discussing social issues. Violence sells films and TV, just as Kitsch sells books to book buyers. So when a young person comes to school with a gun and uses it, people are shocked.

Violence is in our history, scripture, and all over the TV, movies, radio, and internet. Someone must supply a category at the film festivals to discuss social issues, including the publishing industry. After all, Kitsch does sell!