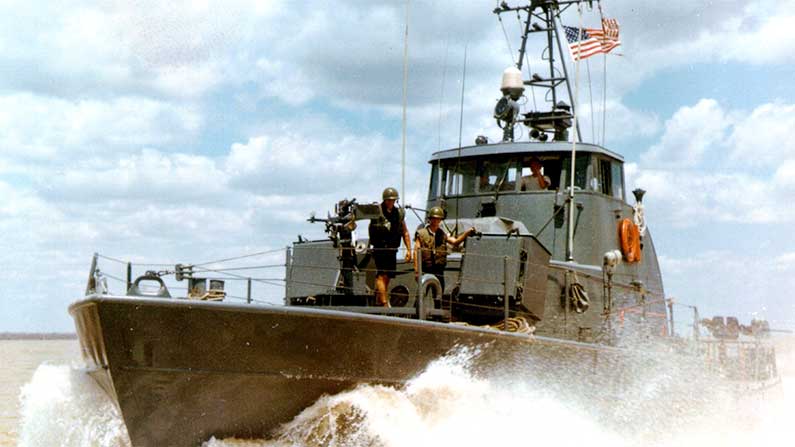 He served there as staff of PCF Division 103, Coastal Division 13, Cat Lo, as swift boat support crew in the Republic of South Vietnam.  He was support crew for the swift boats and helped to keep them in fit working order so they could get where they needed to be.

He voluntarily committed himself even though he had already had a start at a promising education and a shot at a future career in mathematics or engineering.  He chose to put his school books down and join up.  He did his time and never questioned the rightness of it.   It was what any good American would do.  He served with a real sense of pride.  The pride is apparent in the pictures of him in his uniform in the early days of his service.

He came back home to a growing storm of controversy surrounding the war.  Gone were the parades of my grandfather.  In fact, U.S. Naval men did not even wear their uniforms home.  This was ordered so that they couldn’t be identified as U.S. servicemen returning from the war.  There had been a few actual physical attacks on some men in airports across our country.  I don’t think that my father was aware of just how disdainful and angry some Americans had become about our involvement in South East Asia at the time of his return.

My father came home and never spoke of his service to me.  There was never a time that I can remember him speaking of it at all.  He served on proudly for more than twenty-five years.  But, he never spoke of his time in Vietnam to me or to anybody.  He joined no veteran’s groups.  He sought out no sailors that he had served with.  He did not display his medals; he did not qualify himself to anybody within my hearing as a veteran.  He just served on.  It was as if for him, the war had never happened.

I know now looking back that my father had lived through the changing of tides as America slowly turned away from military concerns.  The pedestals we placed under war heroes were gleefully scrutinized for tarnish.  In Vietnam, it seemed that there was plenty that a proclaimed evolved and peace-loving America could find.

My father saw his own personal service largely ignored.  He served quietly on as we paid tribute to football stars and rock and roll singers.  Worse yet, he stood by and attended the parades of servicemen and women who had been involved in more fashionable wars.

He heard the political commentators spit out carelessly about the waste of blood and the invasion that was Vietnam.  Over fifty-eight thousand Americans had fallen, it is true, but even more men like my father had returned home to resume their place in a society that no longer cared for their service.  It was reduced to a hot point of strategic debate and nothing more.

I am sorry to say that for so many years, I was as clueless as the rest of us.  How I must have embarrassed him in my long lingering teenage angst walking sullenly beside him on the Navy base in peace-sign or Union Jack emblazoned shirts. How over-indulged, dull, and vacant I must have seemed to him.

A person he had sacrificed so much for, one whose very freedom to pick and choose her t-shirt rebellions stemmed from the willingness to serve of men like him.  I simply had no reference point at the time, and no idea of how to value the weight of his experience.  I missed the simple beauty of a man who was willing to give everything, including his life, to serve a greater good.  How stupid of me. 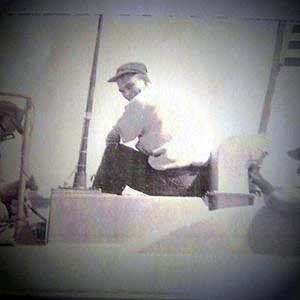 It was only in more recent years; after a man of some political high note spoke out again and gained attention for words he had spoken against the very men my father served with that I started looking at what it all must have meant to my father.  The politician had served in Vietnam and then come home to actively protest against the war and speak out against it to the senate.

I researched statements the politician had made and gotten from still questioned, by some, sources as far back as nineteen seventy-one.

But, fast forward to thirty years later as his service record and a remarkable display of shiny medals became part of his platform as he sought to get a foothold into the highest office of this country.  He went so far as to claim a special brotherhood with the likes of John McCain and other members of the senate who were Vietnam veterans.

The pain was obvious as for the first time my father spoke out about the words that had been said and the names that this politician had quite personally called him.  It was in the end, quite a neat trick how that politician used his service; it seemed at all points, to conveniently best serve only himself.

At best my father has lived his life as a veteran ignored, and at worst, one openly reviled.  He never caught the shiny glow of those good boys of WW1, WWII, or of those who had been involved in more accepted military engagements.  He had been an accident of military timing.

Over the last few years, I am happy to say, that there has been a resurgence and a return of the tide.  The military is in favor again.  People stop sailors and soldiers and uniformed servicemen and women in airports and thank them for their service.  We send care packages and letters and give them our thanks.  At sporting events, we honor our veterans, and they rise in the stands.  We have a renewed respect for the blanket of protection their service provides.

There has been a resurgence in me too.  I am unspeakably proud of my dad.  I display all of his very shiny medals in my china cabinet along with the flag that flew briefly over the Capitol Building when he retired after twenty-five years of service to the United States.  Slowly he has begun to tell me little bits about his service and to gift me with medals and paperwork and plaques that trace an honorable military career.  From these newly dropped crumbs, I can make a patchwork map of one crucial period in an intensely proud man’s life.

I am proud of his service and sacrifice.  I am prouder still of the integrity he showed in the restraint of his anger and his years of his service after the war.  I find that the words that my father did not say speak volumes more about honor and integrity and the remarkable stuff at the heart of a true serviceman than most anything that anyone else has ever said.

I am thankful to him, and to all veterans who have ever left their homes and their families and served.  Served is the keyword in this, they served and sacrificed and made willing to die for a greater collective.  Whether it was to earn our freedom here or to right grave wrongs perpetrated at unbearable human cost elsewhere.  Whether you believed in our country’s causes or not, they took up the burden for you, and they went “over there.”

It is a great thing to stand up and defend the freedom that exists beneath the waving of our flag and in our way of life.  Even greater still is the ability to do it quietly and proudly when nobody else seems to care.  It is the definition of dignity and strength to do what is right only because you believe that it is best.  That is as American as apple pie.

Today as you are out and about in your cities and towns, should you see the flag fluttering somewhere in the good free breeze, take a moment to reflect on America’s servicemen and women.  Remember those who were willing to serve and even to die in less than a fashionable war.  Remember the ones who picked up and carried on all those years even after, no matter what the political climate was.

Remember too that some of the deepest and most lingering wounds were received after the war; they were not delivered on foreign soil at all.  Some of the greatest scars were inflicted when these veterans returned home to an ugly storm in a divided and seemingly ungrateful nation.  Please remember these men and women along with all of the other veterans.  And then, if you have a moment to think of some of those who served by name, remember my father too, Gerald Griggs.  I am proud to be the daughter of a Vietnam Veteran.

What was it like to fly home
told not to wear the uniform you honored
and were willing to die in
by the country you loved?

What was it like to live in the time
when pride turned to disdain
when the gild cracked and crumbled
rained golden tears from the eagle’s eyes?

Were words filled with rage
ever hurled at you
village burner, baby killer, and rapist
with spittle flying from peace-loving lips?

I am proud to be the daughter of a
Vietnam Veteran ~