“A 19-year-old college freshman at St. Mary’s College was found barely breathing in her dorm room in an apparent suicide.”

That is what the headline read, but it’s the storylines behind that headline are considered more disturbing. 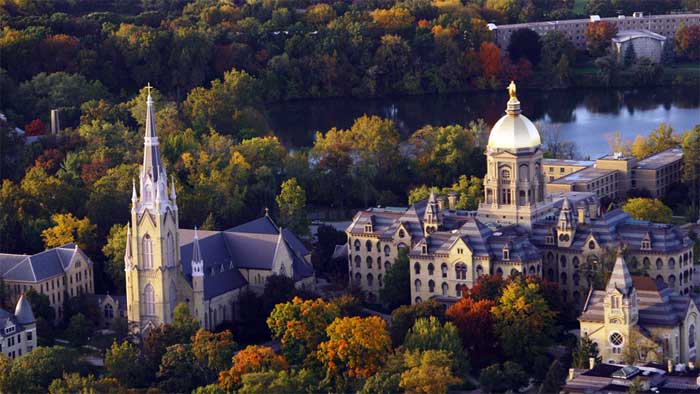 The student found on September 10, 2010, was Elizabeth “Lizzy” Seeberg.  She was a special person who gave more to others in her 19 years than most of us give in a lifetime. She volunteered to build houses with Habitat for Humanity and hoped to become a nurse after graduation.

She was active in the Catholic Church and was integral in raising money for the Jesuit high school that sponsors students on Chicago’s west side. According to Father Chris Devron, president of Christ the King high school in Chicago, she organized several fundraising and service projects to benefit the school, working with her parish youth group to “adopt” Christ the King.  He stated “Lizzy had a real sense that God had blessed her, and she wanted to give back to those who were not fortunate to have equal access to a solid education.

For her youthful age, she had a mature awareness about injustice, and wanted to make the world a better place.” Ms. Seeberg visited Christ the King several times and made and sold picture frames to raise money. “Our students were blessed to benefit from her quiet but strong efforts on their behalf, and I’m grateful to have had the opportunity to get to know such a special young woman.”

The Facts of suicide

Elizabeth “Lizzy” Seeberg died of an apparent suicide just nine days after reporting she was a victim of a sexual assault to the University of Notre Dame police by one of their football players. She is a freshman at neighboring St. Mary’s College who had battled depression and apparently overdosed on prescription medication. Seeberg told her dorm mates about the incident upon returning to St. Mary’s campus and hand-wrote a statement that evening. She then received assistance from “Belles against Violence”, a St. Mary’s program that helps victims of sex crimes. The Details of the Case on University of Notre Dame Security Police log Case # 2010-1705.

NDSP is investigating a sexual assault reported to NDSP on September 1, 2010. The reported sexual assault was committed by an acquaintance in a campus residence hall on August 31, 2010. 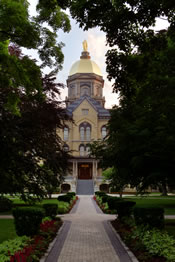 The player has remained on the field during their investigation and his name is being withheld from the public. More than two months have passed without Notre Dame making any public statements on the case, or what actions university officials have taken to investigate these allegations.

Is this a Notre Dame cover-up? Are they trying to avoid another tragic incident in the last 2 months? The first was when the video tower collapsed killing Declan Sullivan, a 21-year-old student.

Ms. Lizzy Seeberg did exactly what you are supposed to do when you are a victim of sexual assault. She reported it, went to the hospital, gave written statements and pointed out the player she was accusing. Reporting these allegations doesn’t mean she was telling the truth, but when a serious offense is made, a full investigation should take place. If the player is suspected by authorities, he should be taken off the team immediately and arrested awaiting trial.

From The Chicago Tribune article

On the evening of Aug. 31, Seeberg told her friends at St. Mary’s College, the all-women’s school across the road from Notre Dame, that she had been assaulted but not raped in an attack that was interrupted by a knock on a dorm-room door. That same night, she sat down and hand-wrote an account of all that had happened, and the next day made a full report to the Notre Dame cops. She also sought treatment at a hospital, where she submitted to DNA testing and accepted an offer of counseling. 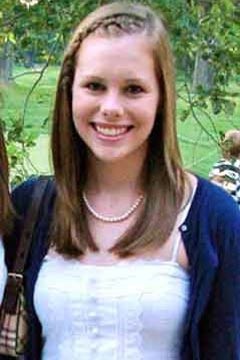 The Seeberg family, and has hired attorney Zachary Fardon, a former Federal Prosecutor to get answers regarding their daughter’s death as school officials claim it would be a violation of federal law for them to answer any questions about their handling of either her allegations or her apparent suicide. On Friday Fardon said, “At this time, we’re not prepared to make any comment about Notre Dame’s investigation.”

Notre Dame’s football coach, Brian Kelly, seemed undaunted when asked about the allegations of one of his players during a conference call with sportswriters. You wouldn’t think this kind of response would be given after the October death of team videographer Declan Sullivan.

Core Values at Notre Dame: The University of Notre Dame is committed to creating and maintaining a principled workplace. As such, the President encourages all faculty and staff to remain committed to the core values of integrity, accountability, teamwork, leadership in mission, and leadership in excellence.

How are these values demonstrated?
Integrity – Demonstrates honest and ethical behavior that displays a high moral standard. Widely trusted, respectful, and honorable.
Accountability – Takes responsibility and ownership for decisions, actions, and results. Accountable for both how and what is accomplished.
Teamwork – Works cooperatively as a member of a team and is committed to the overall team objectives rather than own interests.
Leadership in Mission – Understands, accepts, and supports the Catholic mission of the University and fosters values consistent with that mission.
Leadership in Excellence – Demonstrates energy and commitment to improving results, takes initiatives often involving calculated risks while considering the common good.

Notre Dame is a catholic school with a storied history. They pride themselves on their core values: Integrity, Accountability, Teamwork, Leadership in Mission and excellence. In the last 2 months they have not demonstrated any of their core values. Their lack of morals and acting like a classless uncaring institution has tarnished any glorified past they boast.

I am not saying this football player is guilty. I am saying the investigation was flawed, bios and against all the values I believe in. Information was withheld to protect the fighting Irish integrity whether proven true or false. Let’s not forget Elizabeth “Lizzy” Seeberg. Her values and acts of kindness are more valuable than any glorified team at the University of Notre Dame.

I hope after reading this we are all inspired to keep the pressure on the University of Notre Dame to demonstrate their core values and take responsibility for the events that has taken place this past year and tarnished their storied history.