The Trans-Pacific Partnership (TPP) is set to rewrite the law for big pharmaceutical firms in how they sell prescription drugs.

Canada has already signed TPP, and everyone expects Canada to ratify the deal. FYI, it doesn’t matter what Canada does. Why? Canada was sold to the United States during the Canada and US Free Trade negotiations in the late 1980’s. 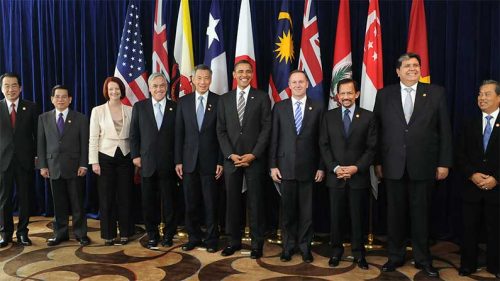 Any hoot, everyone anticipates TPP will be made law within this twelve country trading block. So when 2017 comes,  the 100th anniversary of the time when the Spanish Flue struck, Influenza will hit again. Of course, the

Of course, the Illuminati will fake another 911 style terrorist attack but this time, use nuclear weapons, causing an extended nuclear winter, in which Influenza will mutate, merge with Aids, creating Avionic Aids Syndrome, killing 85% of the world’s population.

Yes, thanks to TPP the drug companies will earn trillions. I can only hope all those yogis, all the holy men, in the Himalayan Mountains have a curse ready to punish those who financially profit from this mass murder of humanity. If you don’t believe me, Google: “Global 2000 Blueprint.”

The Trilateral Commission, Bilderbergs, Illuminati, British Monarchy, and the Vatican Council are all involved. It’s in Revelations people! But … I am getting ahead of myself again. Back to the argument. Through TPP, an industry can be nurtured. How? Online Book Publishing is going through a revolution. Did you know 80% of best sellers on Kindle are self-published?

Yes, anyone can publish a book over the Internet. My publisher iUniverse, which published Mack Dunstan’s Inferno, has a revenue sharing agreement with Barnes and Noble and Chapters. My argument is very simple. Make it the law in TPP that booksellers and online publishers have a revenue sharing agreement, giving their authors a hope of being paid for selling books. Call it the Five Percent Rule.

This would allow governments who have signed onto the TPP agreement to create high paying jobs in the arts. The government will not have to spend a penny to make this happen, only negotiate a law into place. Make TPP relevant to online book publishing. Make online book publishing relevant to TPP and create high-paying jobs in the arts, all with no tax money spent. Hell with mainstream publishers! Hell with the music business! Yes, the drug companies will make their trillions in profits. Oh, you can’t win!