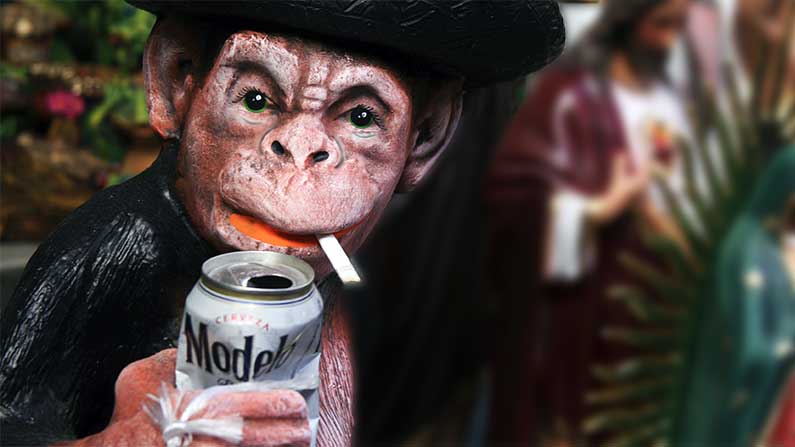 The Year of the Monkey

Did you know that America was born in 1776, the Year of the Fire Monkey? Is it a coincidence that this almighty country seems to bear the same traits as the energetic, gesticulating Monkey – that of being a natural leader and innovator?

Self-assurance, determination, aggressiveness, power, and the ability to keep one step ahead of the game is what America is all about. Although competitive on the World scene, America is like the Fire Monkey. With great vitality, perseverance, and constant drive, America will continue to remain on top.

Of all the animals in the Chinese lunar calendar, the monkey resembles the Naked Ape, man, himself. It is he who will inherit most of man’s intellect as well as his capacity for deceit.

Originality and creativity are their most prized traits and with their superb memories, they can remember fine points and details with ease.

Although Monkey people are lucky in business, they’re not lucky in love. Sometimes they appear egotistical and selfish and can even be dishonest. However, since they are likable characters, many people overlook this flaw and often fall victim time and again.

Once the monkey gets what he wants, he loses interest and trusts very few people. Because of his complicated and suspicious nature, he doesn’t have any lasting relationships. However, as a realist, the Monkey is a survivor and always comes up as a winner.

The ninth animal in the Chinese lunar calendar, the Monkey’s reign begins on February 8, 2016, ending on January 27, 2017, the Year of the Ram. Chinese New Year or spring festival has been celebrated for over 3,000 years and is known as Guo Nian in Chinese, or “Avoiding the mysterious being.”

Chinese New Year is by far the most important celebration to the Chinese. It’s a chance for rebirth, a time for reunions, benevolence, family unity, and remembrance. Also, homage is paid to the deceased.

During the two-week celebration, parents, grandparents, and friends are honored with many gifts. It’s customary to give Lai Si (lucky money in little red envelopes) to unmarried people at this time, and special traditional dishes will be prepared.

The most popular New Year’s dish is Jai or monk’s food. This dish originated from the Buddhist monks who were vegetarians and is still being served today. Monks went begging for food door-to-door and were given meager portions of vegetables. From this, the Chinese, being inventive cooks, came up with the meatless Jai dish.

While many enjoy special foods, events, and festivities, much can be remembered and learned from the past. On a positive note, many momentous events took place. In 1920, another Monkey year, women got the vote in the U.S. In 1932, Amelia Earhart became the first woman to fly solo across the Atlantic.

In 1944, Roosevelt won the election for a 4th term. In 1956, actress Grace Kelly married Prince Rainier III of Monaco, and Elvis Aaron Presley rocketed to fame at the age of 21 with his hit, “Heartbreak Hotel”. In 1968, the Green Bay Packers won a 2nd Super Bowl, and the Detroit Tigers downed three games to win the World Series.

On a more ominous note, tragedy struck in l968 when Martin Luther King and Robert Kennedy were both assassinated. That same year, race riots exploded in Watts, Los Angeles, California.

In 1980, terrorists bombed a Paris synagogue, and John Lennon was murdered in New York City. Also in 1992, Hurricane Andrew devastated a 25-mile wide strip of southeast Florida that killed 18 people and left 250,000 homeless with damages estimated above $10 billion.

You will be in good company with Yao Ming, Leonardo da Vinci, Celine Dion, Tom Hanks, Miley Cyrus, Elizabeth Taylor, Diane Ross, and Halle Berry if you are born in the Monkey years.

In 2016, prepare yourself. Judging from past histories, this will be an exciting year, definitely not a time for the faint-hearted or slow-witted. The animal who rules this year will bring out our desire to succeed in the game of chance. We’ll find ourselves speculating, gambling, and exploiting risky but ingenious options. Even impossible ventures, inventions, and improvisations will yield high dividends. These adventures will become a big poker game because everyone will try to outwit each other. The Monkey will quickly put an end to the recession and business will skyrocket. There will be many new and unconventional ways of doing things.

This year the motto will be, “Don’t give up. No is not the answer. There’s always a way.”

Valerie Lee is the author of The Jade Rubies and A Long Way to Death Row, from many years of candid interviews with Charles Ng.