The Anniversary Of The Day Hillary Cried

One of the reasons Hilary Clinton lost the nomination to be her party’s candidate for President of the USA a few years back was because she cried during a public meeting. 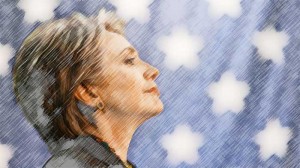 Hillary Crying, remember that? She teared up and showed genuine emotion. Here’s a link to a video of the moment.

In the past week, as the Republicans have retaken control of the House, a lot has been made of John Boehner‘s crying. Here’s just one example. He’s a messy crier, don’t you think?

How does he get away with it?

The book I’m working on has a lot of strong female characters, and I’ve struggled with the notion of having them cry when things get tough. But I don’t think I can let them.

There’s been a lot of editorializing about how men are allowed to cry now when they never would have been in the past. Some attribute the phenomenon to new freedom, some to weakness.

Some blame alcohol. But the bottom line is that they’re allowed to cry – and that there are a lot of people who think it’s great that they do.

But women still aren’t allowed. Imagine Nancy Pelosi crying and what the media would have said about her.

Is it possible that we women have lost the fight for equality?

Crying has traditionally been seen as something women do. But the world has accepted men behaving like women before it’s accepted women being who we are.

Hitting The Media With A Poetic Piledriver