The Chicago Cubs Must Not Be Allowed to Win the W. Series

I know the movie ‘Back to the Future Two’ predicts the Cubs winning the World Series in 2015, but this cannot be allowed to happen. 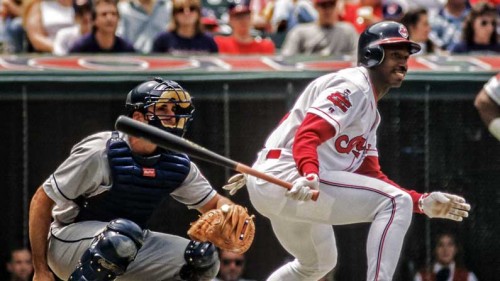 A good friend, Joyce Gilbert, who died in 1997, was a fanatical Cubs fan. I may get thunderbolts thrown at me, like Thor throwing them. Still, I have my lonely crusade to keep the Chicago Cubs from being the 2015 Major Baseball Champions.

My New York Mets are now going to play the Chicago Cubs for the National League Championship, starting Saturday, October 17.

Don’t get me wrong. I have many friends who are Cubs fans. I’ve been to Wrigley Field several times, even sitting in the bleachers and remembering Harry Caray singing “Take Me Out to The Ballgame.”

I remember the 1989 playoffs. ABC reporter Sam Donaldson asked longtime Chicago Tribune reporter Bill Jauss, “If the Cubs win another World Series, aren’t they just another baseball team?” Jauss didn’t miss a beat. “You had to ask that, Sam?” Why don’t you go back to bothering the President or words to that effect?

The British Army was the thin red line, police forces, the thin blue line. The New York Mets are the thin blue and orange line. (Think the colors of the Netherlands, like the City of New York’s colors. I wrote that Eastern Europeans should be Mets fans. Maybe the Dutch should be too)?

One of my favorite fictional characters is Harry Flashman. George MacDonald Fraser continued with the character thrown out of Rugby School in Tom Brown’s Schooldays. In Flashman and the Russians, Flashman is with the 93rd Highlanders, when their commander, Colin Campbell says, “Ninety-third, there’s no retreat from here. Ye must stand!” This is where the New York Mets stand. There is no retreat. You must win!

Why? Don’t the Cubs fans want them to continue being the lovable Cubbies? Don’t they like being in the Guinness Book of Records? Why break such a streak?

On a serious grimmer note. What are the odds of the Chicago Cubs winning the World Series? Will it break Las Vegas? More importantly, will it break all American Stock Markets? Maybe we can ask Warren Buffett.

With all the crazy things happening in the world, would the Cubs winning the series be an overture to worldwide disaster. They win; I will believe anything, the tooth fairy, the Four Horsemen, etc.

I wait in unnerving anticipation.