I’ve had year-end stalls, an inability to produce anything new in the adult realm of writing while story lines continued to swirl like a blizzard though my mind.

The children’s story, A Fistful of Bullies for the Peacock’s Spring collection, Springtime Bullies for children’s charities, is coming along at a good pace but home issues, a death of a beloved animal, and the state of the world has weighed heavily on my spirit.

A friend and fellow writer, she of Romance fame, Diana Duncan, is the source of inspiration in unplugging the cork on my creativity, washing away doubt of the reason to celebrate the season. This year too much greed is wafting over media exposure both on line and air. 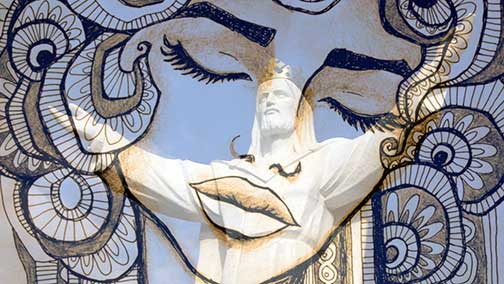 Innumerable years ago, I found myself in a situation where money to cover even the necessities fell woefully short although I had been working two jobs.  My husband was in the hospital with a wasting disease; one never diagnosed, but fortunately went into remission.  His nerves were dying, only rejuvenating outside his body.

One Friday night, the week before Christmas as is tonight, the gal with whom I carpooled asked me if I would be working or home the following day. I told her, as usual, working.  My mother had become my babysitter while my husband was in hospital.  My rest would come after six the following night.   I bid her good night and a good weekend.

Saturday night, as I sat writing checks to the utilities that would be shut off if not paid and pushing aside the others that still had time before default, the doorbell rang.  My beautiful chocolate colored friend and driver stood at the door with two bags of groceries.   She pushed by me, telling me, “I’ve got a date, so I need help to get the rest of the stuff into the house.  Close your mouth and put on your coat.  Come on Girl, get the lead out.”

She left in a rush, saying, “You’re loved Girl.  See you Monday morning.  Got to go.”  Left behind were ten bags of groceries, presents and a card with several hundred dollars.  The card was from the almost one hundred co-workers.  She had gone to everyone, asking for help.  Providing a Christmas was not considered because I could not put adequate food on the table.

My friend showed me Christ that Christmas.  She never preached to me but did talk openly about her life and faith, her church and her friends.  She was the one who went shopping for me.  She not only gave of her time, she gave her love and she gave me hope.

Yes Jesus is my reason for this season, for others it is not so.  It was not for me during that time of despair.  Christ means anointed one.  Keep Christ in Christmas has become a refrain, one more strident as greed pushes aside our thanksgiving and in its place a compulsion to spend, taking away the days meant for family gatherings and used to buy more useless gadgets that within the time of opening the box becomes obsolete.

In our country today, more people are in that spot, I was, than ever before, due to downsizing, bankruptcies, and closures of local and franchised businesses, benefits ending, and even benefits cut.  Faceless to the budget cutters are children with empty bellies and desolate hearts crying for mercy and getting the mean side of Scrooge, an attitude deplorable in the day it was written and now as it pervades our society.

Diana and her husband were in a store tonight, on a line they abandoned for another one, God or if you wish, providence puts them on.  The young woman with three small boys had a meager amount of food and a small plastic toy for each of her sons.  She gave her card but it was refused by the system.  The children wore faces of dejection.  Diana and her husband, rich in spirit, stepped forward and paid for the order.  The children were overjoyed while their mother was profusely thankful, overwhelmed by the generosity of strangers.

This young family will not forget the wonderful gift they received from Angels standing behind them.  I have not forgotten that snowy night, or the overwhelming joy and thankfulness that flooded my spirit many years ago.

This is putting Christ back in Christmas.  ‘Pay it forward’ is a ticket to hold and punch when able, remember that every bit helps.

What Not To Do In A Conference Call Interview