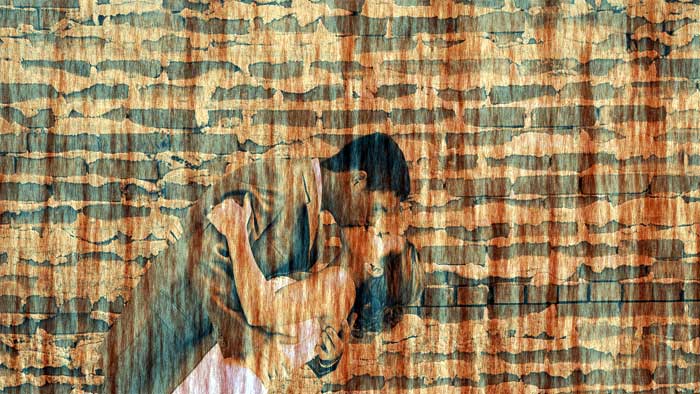 When I first came to the northern portion of New York, I was a newlywed of less than three years with one child and another on the way.

Now, I was getting ready to walk away from home and the environment in which I had fallen deeply in love. It was a slow building, daily overcoming, kind of love.

This house was, in my heart, my first home although it was not by any means the first house I lived in. I had had to clean it from the rafters to the dirt floor basement of five years of accumulated dirt and dust. If one thinks that only bodies go back to the land, you have never been in a home that has not seen a human in half a decade.

Not only did dirt and debris need to be cleared, but the trees surrounding the house had also taken hold of the sewer system and the first week in the house was an adventure in camping while attempting to hire the elusive tradesmen called a plumber.

Small town areas have their charm but a limited number of tradesmen which is good for them but hard on the customer waiting for the one man in town who is licensed to do the job. My husband decided to do the job himself with the clearing of the roots, only to find that the plumber was still needed for reconnection to the system.

For one week we hauled water from the neighbor’s home for drinking and for flushing and I joyfully stacked dishes for future washing. The kitchen was a large room made to accommodate my mother in law. She was taller than I by at least four inches and she had my father-in-law install a kitchen sink and counter to accommodate her height. This was not an unreasonable request as all in my husband’s immediate family were and are taller than average. The cupboards including the bottom shelf were inaccessible to me.

For me, it was a throwback to my younger days when I needed to stand on a chair to wash dishes and put them away. My abhorrence for this task stems back to those earlier years when it was solely my chore to wash the dishes. My brother, being a male, was not expected to help. His chore was to help with the garbage. Double standards in my five-year-old eyes and probably the start of my rebellion against man’s rules of household order. My grandmother would have said it started earlier than that. She was probably right.

During the five years spent in this house, I experienced ghostly noises plus nightly ‘popping of nails’ during bitter coldness accompanied by snowbanks taller than I stood. The snow that started earlier each year; something I chronicled on yearly calendars and below zero temperatures that were referred to as ‘dry cold.’ That is, very little humidity – what the area natives called the snow, I am at a loss to say; but I will say, it was vastly different from anything I had before or after experienced. To breathe in the sub-zero temps I had to wrap my lower face in a scarf.

. The adult gets training in patience and learning to control and re-dress slinky-like legs that seem to compress as one is struggling to put on the leggings.

Erma Bombeck, a humorous columnist of that era, referred to these as {cooked} spaghetti legs; truly, not far from the truth.

Once outside, if one was not vigilant, small children could sink out of sight in a heartbeat but my mother-in-law assured me the Shene children always showed up for dinner. My kids were a wee bit young to give me that assurance so I always opted for a close-to-the-door parked car to depart and arrive. I had lost my love of snow at age twelve after shoveling a dratted long driveway.

On those days we were free to play in the snow, I usually sent my husband with our sons, as he was still enamored of the snow angels and snowman building. I did show up for the coup de gras carrot nose, rocks {coal was not of our age} for eyes and mouth, and scarf and hat ready to lavish the snow creature with praise.

To this house, we brought home our second son only to have a State Trooper stopping at our home to take our car’s license plates because, in the confusion of pain, labor, birth and hospital stay, the insurance for the car was forgotten and left unpaid.

In the dining room, that same child at age two took aim and accurately threw a wad of spinach at his father having it land on the earpiece of his dad’s glasses. This son knew his father to be the person responsible for opening an institutional size can of this vegetable hidden in the pantry for a Thanksgiving dinner that instead ended up being served every night for a week and a half. His older brother and I concurred this was justice but only the ’baby’ had the nerve to display displeasure and carry out the sentence.

In this same room, Scotch, a runt of a cat who adored water and the fish in the tank, fell in. She was always in the tub when I took a bath because I would soak {in Calgon} and read. She would play with my hair and then walk onto my chest, where after a bit, I would turn sideways and dump her in. She would swim to the end, get out, preen, and do it again. She loved water and was not happy only because she was unable to get out of the fish tank by herself.

This was a house where happy memories were more than the ones that were not; but, the ones that were not were devastating ones. The murder of our dog for chasing off a thief breaking into our garage to take a deer carcass; her burial on the day Martin Luther King was murdered. The death of Bobby Kennedy on our third wedding anniversary. This was a year that still brings pain to my heart and tears to my eyes.

After finishing college and teaching for one year in a nearby district, my husband entered the Navy with the lure of becoming a career officer. Our first long-term separation occurred when he went off to boot camp at the Naval Base in Great Lakes, Illinois.

In the living room, I read my first love letters from my husband as he poured out his love and loneliness away from me and his sons.

And now, prepared to follow him where the United States Navy told him to go, meant leaving a cocoon of happiness that ensnared me through beauty, fresh air, quiet surroundings, and family tradition.

I had to say goodbye to animals that I loved; even knowing they were to be with others that would love them as much as I did, still made the goodbye difficult.

I stood on the porch gazing into the home I had grown to love, said in my heart thank you for the wonderful memories, and with tears in my eyes turned to go into the unknown

Between Dusk And Dawn There Sleeps The Night