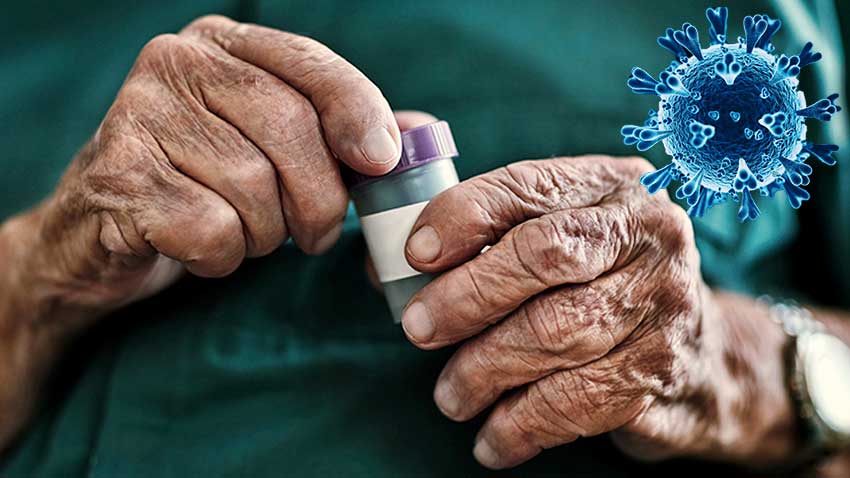 Addiction stigma is a topic that has been voiced increasingly over the last decade.

Stigma is a mark of shame or disgrace, and few have experienced this more than racial minorities, people of the LBGTQ community, or those struggling with addiction. They’re often treated differently and looked down upon by others. You may be wondering how this relates to the viral outbreak of COVID-19, but chances are, people in those categories aren’t wondering at all. They know.

People with Substance Use Disorder (SUD) have grown accustomed to getting the cold shoulder, particularly when it comes to healthcare. Whether it’s just a different attitude, harsh words, or less than adequate treatment, doctors and nurses tend to treat “addicts” as though they are less than or have done something wrong. And should they wind up in a hospital ill with COVID-19, no one wants to be treated this way. It could mean the difference between life and death.

Perhaps this attitude exists because people with SUD have a history of manipulating the healthcare system to get drugs, which is a liability to those who work in the field. But let’s not forget that this goes both ways, and many doctors have profited from overprescribing and have a hand in creating the drug epidemic. Maybe it’s just as simple as medical professionals still having an archaic view that addiction is a moral shortcoming, and they don’t understand why they don’t just stop using drugs. Who knows?

The AIDS epidemic of the 1980s is an example of how stigma prevents progress in fighting a scourge as we see now. During that time, heavy stigma developed around AIDS and homosexuality, as well as racists themes that resulted in minority populations suffering the most. Some doctors went as far as to refuse to work with AIDS patients because they felt their lives were at risk. Half of the primary care providers from that time thought they wouldn’t work with AIDS patients given a choice. Eventually, education prevailed, and the number of new cases began to fall.

As far as COVID-19 goes, it has proven to overwhelm the healthcare systems of countries that are hard hit. In China, additional hospitals had to be built in a matter of days to handle the impact because they didn’t have enough beds. Equipment shortages are almost certain since those hospitalized with the virus often need ventilators because they can’t breathe on their own. There are only so many ventilators, and when too many people need them, it forces doctors to decide who gets them and who doesn’t.

This potential choice doesn’t bode well for stigmatized groups like those with SUD, given what we know. The AIDS epidemic is a reminder of how prejudice exists, even in those who are in charge of our healthcare can, and this can affect the help we receive. And it’s looking like people who use drugs are even more susceptible to the effects of the virus than we thought. With compromised immune systems and the other health consequences of the drugs themselves, should they get COVID-19, they could be more likely to require hospitalization and have a higher risk of mortality.

Anyone who thinks they should just quit now should also consider the stark reality that our system for helping addicts, treatment, consists of people gathering in groups or living together, which is currently advised against by the CDC. Examples of stigma amid this pandemic are already happening. In Indiana, a Chief of Police recently issued an order to his officers, telling them not to administer Narcan when responding to opioid overdose calls. Instead, he wants them to stand at least six feet back and wait for responders with proper protective equipment to arrive and administer it.

Narcan is the lifesaving drug used to reverse an opioid overdose. The moments spent waiting after a first responding officer arrives could mean the difference between life and death. The Chief of Police made no other mention of groups of people or specific situations for which officers should stand back and postpone lifesaving interventions. The harsh reality is that stigma is pervasive and a lot of times, so ingrained that people don’t know they’re doing it.

The Chief of Police above stated that he was trying to protect the lives of his officers. And this is understandable. But why is it that addicts are the only ones who don’t deserve lifesaving measures, or who are a risk to his officers? We can assume that the officers encounter other similar situations that put them at risk. Well, it’s the same reason the doctors of the 80s didn’t want to treat HIV positive patients. Stigma is enhanced by fear.

Epidemics and pandemics heighten fear, and this can come out in irrational ways against groups for which prejudice already exists. And the collision of the drug epidemic and the COVID-19 pandemic are no exception. Being addicted to drugs is a painful existence and something that no one, including the person, wants. Adding an epidemic on top of it can’t be easy. Extreme circumstances such as COVID-19 tend to bring out either the worst or the best in people, and stigma is undoubtedly on the list of worst qualities. Let’s hope that caring shines through for all in these difficult times.

Find out more about Substance Abuse Stigma and COVID-19:

Cori Buck is a healthcare professional and an expert in substance abuse and addiction recovery. She uses her years of experience to provide insight into our nation’s drug epidemic and other issues surrounding medical care in our society. She is a regular contributor to the health website Addicted.org.