When my husband Paul’s seventieth birthday approached, I asked a fellow author to write up our story as a present.  Our wedding anniversary was quickly on the heels of the birthday celebration.

The author and I had fallen into a relationship of mutual respect for the craft of writing, and as both needed extra eyes to edit our stories, he became my editor and I, his proofreader.  He asked me for bullets to write the story.  I obliged by overwhelming him with highlights and with only half our married life covered.

I bumped the end time to father’s day but realized there was too much left to cover and asked if we could stop the story at part one. 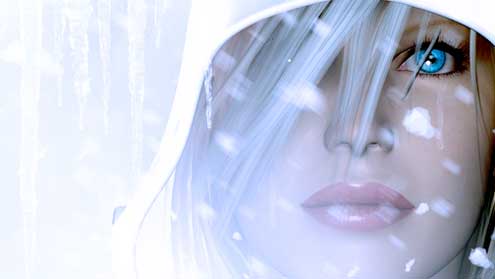 He laughed and told me, “Okay, well… here’s what I have for you.  Now I didn’t really follow the facts – as you might expect from me. I’m thinking you’ve got enough info there for a novel (or a trilogy).  But I did try to look through all the particulars to see the picture they show… and, I hope, I’ve fairly represented that.  I’ll leave it up to you.”

And I came back with, “I do like it – very philosophical and yet sad to know you were able, adequately, to boil down my life into four pages. But then God said this side is but a blink of His eye, a mere vapor.”

The Styx and Stones: Melting of the Ice Maiden

In toward evening of what had been a long day, she pushed a greying hair back into place and looked out on the reason for her journey.

, in its meandering way, was now lapping softly at her feet. How many times, she thought, have I stood at its side and yet never been here before? How can the wide and forbidding waters lie before me no matter which way I go?

Then, hearing the gentle hiss of something sliding along the edge of bulrushes, she looked up from the hypnotic waters, to see a long, low boat heading to shore right where she stood. In it, a tall, gaunt figure quietly poled the boat to a stop and then offered her his left hand – bidding her to board.

Both dread and peace nudged her to take that hand, but as she had so many times before, she lightly lifted her hand away, said nothing and turned back to her thoughts.

“I told you she wouldn’t,” came a voice from the far end of the gondola, “you’ll have to come back.”

With that, a man who could have been the boatman’s brother stood up from where he’d been sitting and carefully stepped ashore. He somehow managed to plant a foot directly on dry ground and stepped up next to her as if he were meeting her on her front porch.

“I am Momos,” the man said, as a grunt from the ferryman pushing off underlined his impatient dismissal. “And don’t mind my brother, he doesn’t talk anymore but that hardly makes him more agreeable. If you have a coin you can toss it to him, that’s really all he wants.”

She reached in a pocket and produced a dime, which she tossed toward the departing boat. More quickly than expected, the ferryman stepped to the rear of his craft and his hand shot out to snatch the coin. It bounced off his fingertips and disappeared into the dark waters before anyone could move another muscle.

“That’s rare,” Momos nearly chuckled. “I hope you had a wish in mind. If Charon doesn’t get your coin, it’s quite likely to come true. So many blindly toss coins in any standing puddle these days, they’ve forgotten it’s a bribe to keep him at bay… and an offering for quick passage when he can be dodged no longer.”

The well-proportioned man standing next to her flashed a bright smile at his sour brother – which clearly galled Charon and within seconds the boat was out of sight.

A flash of schoolgirl memory played across her nerves as the handsome gentleman considered her but, only a second later, she had to make her position clear, “I’m not available… you know, with someone.”

“Yes, I know, Paul isn’t it?” He continued staring with a bit of a grin.

She was surprised that he knew about her, but she did her best to match his game – whatever it was.

“Why are you forever coming down to the river?”

“Is that how you see it? Let’s walk a bit, I promise to keep my distance, but I’d like to understand why you’ve missed your ferry yet again.”

“My ferry was it?” This time the surprise was not so easy to suppress…, but they began to stroll all the same.

“Well of course. Do you think he poles that thing around randomly? No, you’ve got to be within arm’s reach for him to bother with and, I assure you that the river has been in the same place for a good, long time.

He’s stretched out that bony arm to Paul too… and I seriously don’t get why neither of you steps aboard.”

“Is the other side of the river so great that we should go?” She, like everyone, always sought news of that destination.

“No. It is simply the other side. Those who are there, most of them, do nothing but look back over here and wish they’d never left. The few, who have returned to this bank, find it a hollow victory and don’t keep Charon waiting long before he picks up another coin to take them back.”

“Not paradise…?” Her question telegraphed her disappointment.

“Don’t let anyone tell you that either. It is my good woman, just as on this side, exactly what you make of it. I have simply noted that the majority tends not to make anything of either side. Anything palatable anyway.”

“I have friends there…” she added a bit weakly.

“You do indeed. I cannot name the relations and pets that wait to take your hand… but that is a small thing, greetings can be lovely but day-by-day side-by-side is often quite another matter. There are seldom happy arrivals that do not return to grief.”

“You’ve answered your own question you know,” and no schoolgirl blush accompanied this thought.

“If it is as you paint it, why should I cross then?” – It was more a conclusion that a question.

“Ah I see, better the suffering you have than the regret of what might have been.” He posited her thought, in his longstanding way, in the darkest imaginable way. Clearly her calm in the face of such decisions was beginning to play on him.

“You are the cynic, aren’t you? No, I meant if my efforts on this side add to my satisfaction on the opposite shore….”

“They don’t. It’s horrid. There is no end to it, and it is travail no matter which way you turn. The best thing you can do is get on that wretched boat and have done with it.”

And with that, the ancient Greek by her side nearly squealed in frustration.

“But here, I have the light – just the way I like it. I see how what I do impacts others. I am not limited to only those that I knew or all that I should have done. I can turn toward or away from your old river anytime I like and then just to enjoy the view.

You can list the things I’ve lost, my dear friends, my precious family, my treasured pets… even my sanity,” she tossed in with her usual smirk, “but you don’t know what I’ve been through.

I’ve held the dying and buried the dead. I suckled the not-quite-ready for life. I’ve washed down those that couldn’t wash themselves anymore…, and I’ve done every rotten bit of it for something all your cleverness and clarity overlooks. I may have been through hell, but I’m not ready to die.

Health? It comes and goes. Fortune? I’ve seen too little. Goodwill? Seems more like a mirage than a miracle. But I’ve had and have and continue to seek and give love. I understand my past, I truly do, but I only visit it, I don’t live there.

And if I take your boat ride, that is all I’ll have.”

In less than a minute, the brothers were reunited and heading out on the river once more. Having met his match on this, Momos stood silently regarding her as Charon looked away toward their next stop.

“He’ll be back,” was all the older brother said.

“Hello you pretty thing,” came a familiar voice who’d come up unexpectedly from the opposite direction, “may I escort you to dinner?”

“Yes, let’s have something we haven’t had in a long time,” she said, stealing a glance over her shoulder at the departing duo.

“Sure, but… I have no idea what we had for dinner yesterday, so it’s all new to me,” and they shared a knowing grin, “Who were you talking to?”

“A stranger, I tried to give him directions… but I don’t think he got it,” and she settled in on his arm, where she wanted to be, where she should be. Both supported and a supporter, vital and immutable, permanent and ephemeral

… in ways even the gods envy.

Oblivious to her worries but not unsympathetic to her situation, he found only one word to offer his agreement, “Tourists!”

And they lived happily….

Total-E-Bound Publishing Jul 22, 2013 1
When I began writing the Uniform Encounters series, I chose to highlight professions that featured men in uniform.…
Psychology