Single But Not Looking 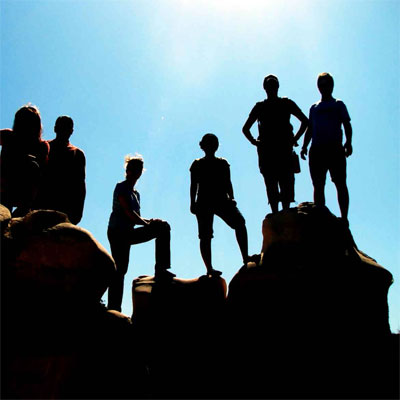 Single But Not Looking

Boy, did I get some news yesterday on the evening news.

Maybe you haven’t heard either. According to renowned New York University sociology professor Eric Klinenberg the latest trend in North America’s largest cities is to be single…and do stay it by design.

That would mean the greatest demographic shift since the fifties. And singles stay single deliberately and not for lack of opportunity and choice.

No longer is “single” an embarrassing epithet. In Atlanta, Denver, Seattle, San Francisco, New York, Washington, and Minneapolis more than 40% of households consist of one person. Canada has even more staggering results:

Prof. Klinenberg refers to singles as singletons which in my view still smacks a little of a stigmatized term. In the context of his research, it must be an endearment! But their economic power is undeniable. Single people spend more money on socializing, restaurants, clothes, etc. To quote the man “Living alone comports with modern values. It promotes freedom, personal control, and self-realization — all prized aspects of contemporary life.”

News out of Japan has confirmed this for a number of years: Japanese find sex and relationships too messy, tiring, and “potentially humiliating”. All of this will have implications for Japan’s birthrate which has been dropping for years. In addition, the economic disaster of last year makes it too expensive for many young Japanese to get married.

Well, what do they do instead? They are renowned to cherish technical devices. The young people featured in that report were playing video games.

If you find this an interesting and novel fact that appeals to you, his book is called ” Going Solo: The Extraordinary Rise and Surprising Appeal of Living Alone.”

Fran Lewis Sep 3, 2011 0
Language of the Sea Leo Kemp is an outspoken man who finds himself in a serious situation. A marine biologist…
Book Review