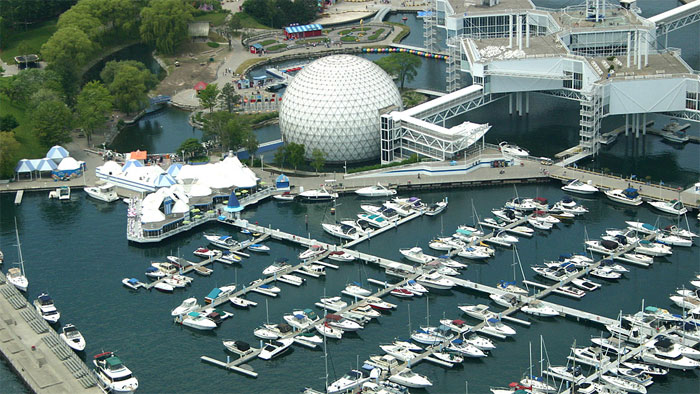 Concerned volunteers are now sending letters to key politicians to help save Ontario Place.  Several months ago, Premier Dalton McGuinty announced the closure of Ontario Place, which is a historical landmark.  Plans are now underway to replace this public space with a privately run casino.

Presently, a lot of concerned citizens are mobilizing to save this attraction. They want a public consultation, which could include a possible town hall meeting, where alternate visions would be discussed.  They want people to care, write their MPP, and click like for their Facebook page.

Why is it you are so disrespectful, secretive, and deceitful in the closure of Ontario Place? I want answers to the letters and phone calls I have been placing for months now!

I was one of the organizers of the rally at Queen’s Park, of which I know you are aware. It was attended by both MPP’s Cheri DiNovo (my local MPP) and Rosario Marchese, who both spoke openly of the lack of transparency and respect we the people are having, getting in contact with the people who made this illogical decision.

I am friends with several people who have, as I have, tried many different ways, as told to us by your government, to have our voices heard- and DULY responded to! I will say that I am most recently shocked and DISGUSTED that your government has allowed the “Digital Dreams” electronic music festival to occupy the Ontario Place grounds on Canada Day weekend.

After public rejection from other business entities wanting to open the park as-is for all people of all ages for family recreation, no sleazy 16+ event sponsored by Rogers, whose commercial is entirely revolting.

Not only that, but you let THEM announce that it is being held at “The Flats” FORMERLY ONTARIO PLACE!!! What IS THIS!??? Now families have no place- and you won’t even respond or make the announcement that it is NO LONGER ONTARIO PLACE!?

This is an outrage. We knew it was a casino you had in mind, and now it’s pretty obvious you had this planned all along, and think you can sneak this by us. Well, we aren’t that docile or stupid. Your casino will never happen. The ball is rolling to wreck that plan 100%, count on it. So all you have left is to return the park to us. Do it NOW before you cost your government another colossal scandal. I think the Liberal Party– which I used to vote for, can’t take another. Here is the correspondence that has not been responded to, add to that three phone calls each to your constituency and ministry offices.

To Whom It May Concern;

I am writing to plead for the reopening of Ontario Place and to state why I believe Ontario Place is worth so much more than what is being presented. I am very disturbed by the lack of public notice, and any plan including blueprints of what (if anything- owned by The Province of Ontario) will be there after 5 years of a graveyard on the shore of our Nation’s most populous city.

These facts that should be available and widely discussed include actual & current financial statistics, the fact that they did not give notice re: due process for employees, possible environmental impact, effect on the shoreline and water animals, cost to the community in loss of; tourism, jobs, history, demolition, and transportation of 1000’s tones of waste, garbage fees. What happened to teach our children to “Reduce, Reuse & Recycle”???

When I heard the news, I immediately phoned the Premier’s office in tears. I also attended the rally held at the Main Gates of OP on the 25th of February with my mother and 2 single adult male friends of mine. I have no union affiliation. I am a 33-year-old woman, with no children of my own. I have been a seasons pass holder for 7 years- except last year as everyone was refunded while the idea to get more attendance through free admission was used.

I have always waited in line for every attraction including the washrooms at Ontario Place every visit, so I wonder how it is considered so underused, I really don’t know how many more we could fit any given weekend day! The evenings and offseason need to be open as well! Why wouldn’t we show new films at the brand new 3D IMAX all year round, since it is ready to go?

There is no public transit to Ontario Place. I often think about how hard it must be for the elderly, disabled, and those with small children to walk so far from the C.N.E. streetcar stop to OP where there is 40 hectares more walking to do. Many people are low income, especially in the inner city where rent is at an all-time high and can barely afford entertainment, but the OP pass was perfect as it gets people out by the lake in the fresh air, and also into the C.N.E for free too.

The park has not recently been a great attraction to single adults, although I know adult single-pass holders who attend as is. However, last year’s addition of a new concert venue ‘Echo Beach’ in participation with Live Nation would bring free and affordable concerts to OP, a new water slide, a new 3D projection system and upgrade of the interior of The Cinesphere, And my personal favourites, the addition of the lounge pool (I have been talking about the need for that there for years).

The new beach, the Eco Centre & program which brought the park to 0% waste and new green spaces allocated- are all steps toward including everyone, including our planet. The seasons pass is marketed at a lower price if you buy four or more, which also dissuades some singles and small families- how about making it $50 all around?

The government claims that Ontario Place is losing over 20,000,000 a year. Still, in reality, OPSEU claims the average “loss” (BEFORE applying for Provincial operating and property tax grants) is just over 6 million.

For example, Dwight Duncan would have people believe that OP is losing as much as 20 million a year. Still, after reading the OP 2009 annual report, Joe Halstead, the Chair of the OPC Board, slated the loss at 36 thousand dollars after grants and amortization. There is a big difference between 20 million and 36 thousand! If the Ontario Government is deliberately trying to mislead (its a better term than lie) the people so they can sell off the land to wealthy land developers, this is going to become front-page news.

Another example is that attendance levels for 2011 were said to be as little as 300,000 by Jonathan Jenkind in the Toronto Sun, 563,000 according to Christina Blizzard of the Toronto Sun, and approx, 1 million by the Ontario Place Board.

There needs to be a comprehensive public review by someone who can understand and uncover the real numbers here so we can counter this unbelievable campaign of misinformation that is being disseminated by the Ontario Government.

The 20 million dollar figure is concerning the requested investment for this year, to follow the previous year’s 10.8 million dollar investment that would bring the park to world-class, state of the art facility like it has not been for decades due to mismanagement and disrepair.

Seasoned executive John Tevlin had been selected as the new General Manager of Ontario Place. His appointment followed an open recruitment process and took effect on September 1, 2010.

Tevlin has extensive experience in marketing, operations, strategic planning, and general management. His experience includes leadership roles in both the tourism and culture sectors, including President of the CN Tower (which was experiencing significant losses before his term) and the Royal Conservatory of Music Examinations. Past positions have also included Director of Operations (East Africa) and Director of Marketing (Middle East) for Pepsi-Cola International.

A recipient of Canada’s initial Top 40 Under 40 award, Tevlin is also a Co-founding Partner of MJM Consulting, which specializes in bringing innovative ideas to market.

This man’s vision and ideas, and the community’s needs and best interests, were enough for the current government when they invested 10.8 million of Ontarian’s tax dollars in Ontario Place for the season of 2011, Tevlin’s first season as GM. I believe that Ontario Place should open its gates this summer and the Provincial government should follow through on its recent & large investment (almost $1 taxpayer dollar per resident of Ontario- even the ones too young to pay taxes) at least one season!

To let rot, a gem on the shores of Lake Ontario and red carpet of Toronto, to have tourists see a decrepit amusement park-like something out of a horror movie, as they come to the lakeshore to enjoy a concert at Molson Amphitheater, visit the C.N.E. or use the Martin Goodman Trail.

I am opposed to the closure of Ontario Place, at the very least until a plan for the future, including blueprints and environmental assessments, is concrete and made public. I propose Ontario Place be kept open for the 2012 Season so it and the fellow Ontario shareholders, the people, can see what an amazing turnaround is just about to happen.

I want to be personally contacted in regards to the report you; John Tory is preparing to be assured that all voices are being taken into consideration, to give you my personal view, and to be involved in altering the outcome of this travesty.

If you wish to join them in their fight to save Ontario Place and stop the building of the Casino in Toronto, go to and click like on http://www.facebook.com/SaveOntarioPlace.

Minnie Apr 18, 2012 0
Big Questions In Life Many have the questions, but very few have the answers. Among the few; Miriam Pia…
Publishing