Some of you know I’m a fan of Downton Abbey.  My wife got me a gift; a red shirt that says, “Carson’s Butler Service, the Way Things Ought to Be.”

Maybe this is his new business with Mrs. Hughes after Downton.  Then again, there is the other side of this. 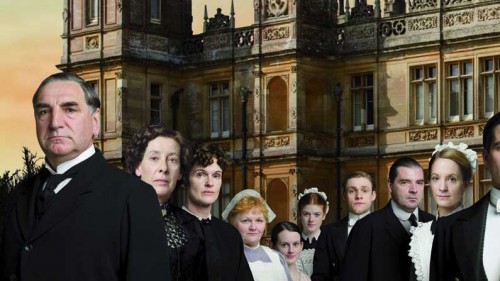 In the United States, Redshirting is a term for college sports, for a student to not play for a year.  I’ve stated before; I couldn’t work for Mr. Carson because I could never wear a white shirt. I would ruin it the first night and be sent away from Downton at once.

Redshirting for Carson would have another meaning. You are not good enough for his exacting standards. The good news is you won’t be fired just yet. The bad news is, you will have to sit in the corner of the servants kitchen and wear that shirt like the scarlet letter as punishment for your slovenly ways until you can meet my exacting standards.

Carson can see red in other ways. Mrs. Patmore can get brave and cook vindaloo curry.  Doing that would not curry favor with Mr. Carson, but would make his face red, as well as see red.

He recently told Mrs. Hughes that Mrs. Patmore would help her cook him meals the way his mother did.

Be careful, Mr. Carson.  Mrs. Hughes may have a long memory, and revenge is a dish best served cold.

Holy Famine in the USA