Radiation: Past and Present

There is no doubt that those who provided clean-up at Fukushima Daiichi Nuclear Power Facility in Japan will be effected by the radiation, and it was stated on the news and the internet their superiors ordered them not to say anything about the high levels.

This is not the first time, and probably will not be the last.  I grant you, back in the fifties in the vast open land, known as desert – our government’s launching pad for testing Nuclear Weapons.  Do you think the outbreaks of disease in the years that followed, were in the path of the radiation fall out storm?  The wind brought the fall out across upstate New York and then out to sea.  The same thing has to follow the radiation, which was blowing across the Pacific Ocean recently after the disaster in Japan. 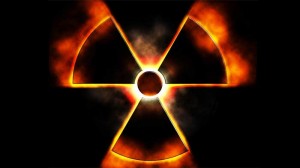 Did the government have any idea this would happen?  I cannot answer that question, but books by specialists have pinpointed the testing of Nuclear Weapons in the fifties, and I recall my own Mother hearing it on the news to close all the windows, the region was in a direct path of the fallout.  If you research this event of the past you too will find out more cancer, multiple sclerosis, and neurological diseases have hit the area know as the hot spot. In this area known as the Capital District of NYS, more deaths due to breast cancer, and up to fifteen or more with MS, diagnosed within a few city blocks.

The area, now known for having more MS patients than any other, known as clusters, and the same with regards to cancer related deaths. People blamed it on a factory which melted metal for  trophy’s, or perhaps a box company, but every industrial city had waste products in the air during the fifties and sixties.  We began to learn more about such problems concerning our health during the seventies.

Japan’s disaster also traveled across the waters and now the waste is showing up on the shows of the pacific.  The radiation could have contaminated the waste, and now bare feet walk the shores.  Would this make you wonder?

In the fifties, no one believed testing in Nevada would cause the largest problem in upstate New York.  No one thought diseases could break out years later in that particular hot zone.  You see, someone had to know, remembering my mother running to close the windows and telling the children to remain indoors.  Japan was sure to know, and they took advantage of citizens, and placed them in harms way.  Many remained in the area and refused to leave.  This type of accident can happen at any Nuclear Facility.  Remember Chernobyl and the consequences.

At the same time, hospitals had only radiation to zap the patients with for any type of x-ray, and if you were suffering from any problem, you were adding to the devastation by one picture after another.  Technicians and doctors were aware of the dangers, covering themselves with protective clothing and standing behind a protective wall within a small room.  Many people were constantly in the emergency room receiving such treatment.

Today’s news reported that the “Japanese authorities are trying to maintain the facade that the cover-up was an isolated incident, and that there was not a larger conspiracy to hide legitimate radiation readings from the public.”

The Japanese news source, Asahi Shim bun (AS) reported that a senior official working for Build-Up, a subcontractor hired during the Fukushima clean-up efforts, has admitted to instructing his workers to wear lead coverings over their clothing in order to shield accurate radiation readings.”

Conversations as we have learned through the press revealed those superiors “coaxed them to use the lead coverings claiming they used them many times and had no bad findings. Strange enough those superiors also indicated they should get use to wearing them now.

Back in the fifties as far as I have investigated, they had no coverings.  They had bleachers and chairs for people to watch the nuclear blast from a short distance, and take photos, making American’s believe it would be without harm.

There are some things the media does get a hold of and run with and protects us with the truth through reports and investigations.  It was unfortunate for those in the fifties when no one seemed to know enough about the distance radiation – fallout traveled, and one day, this area known as the hot zone of the fifties.  The media at that time were excited about seeing the actual testing of a bomb, so media and officials alike crowded the desert in Nevada.

Today in Japan news came to us in the States about a cover-up, which deceived the public, thinking that radiation levels were lower than they really were during the horrid disaster.

Throughout government testing, disasters, and even testing our own bodies during the time when radiation equaled x-ray, we all believed it would be fine – the public was never aware of the future or the results.