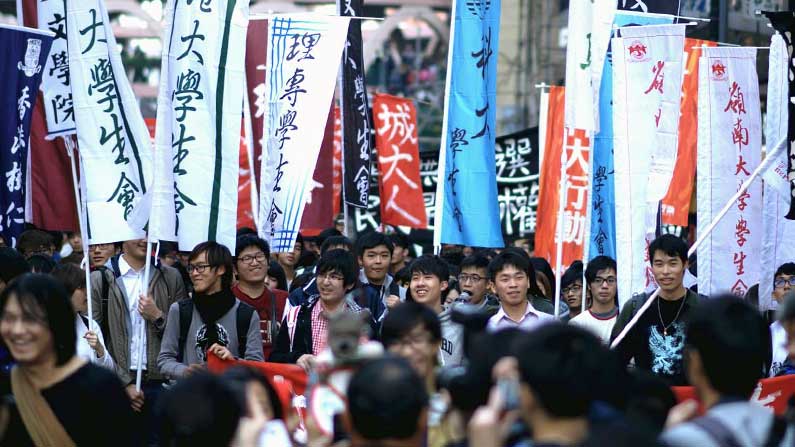 Lately, I’m really scared. There are constant riots and public violence close by me in Ferguson, a suburb of St. Louis. I had to listen to its Police Chief, Tom Jackson, weakening to a crowd’s unruliness by apologizing on air for doing their job wrong.

What happens to the police officer at the bottom of the controversy who should be a hero for children to look up to? Ferguson built a Community Center, which opened a couple of weeks ago, and this week a police officer was shot in the arm trying to protect its doors against thieves. What comes next?

Does authority really need to bow down to the criminal element? We have divided the black against the white, the Isis killers against everybody else, and men against women and women against men. There are adults against children and children against adults.

I’m wondering exactly who it was that set fire not long ago to the American symbol of hope for all children, the Teddy Bear? Was he black or white or does it matter? (A monument rigged for Michael Brown)

Domestic abuse is destroying our families; family by family; now neighborhood by neighborhood; and now, country by country. It takes a lot of our energy and many lives to fight at home and then at work.  A teenage son on the Dr. Phil show said of his dad for beating his mom with a wooden spoon, “Dad isn’t crazy…he’s just confused.”

Look around; our little boys are confused too, tearing off the heads of dolls made in China with delicate calm hands. Later they are shooting and set fire to domestic animals for sport. Children are arming themselves against their own parents and/or committing suicide. Everybody wants a gun to protect themselves.

In the meantime, we are waiting for the next generation to grow into Americans, not Terrorists. How naive are we? It is time to start something new and trust the magic of new beginnings.