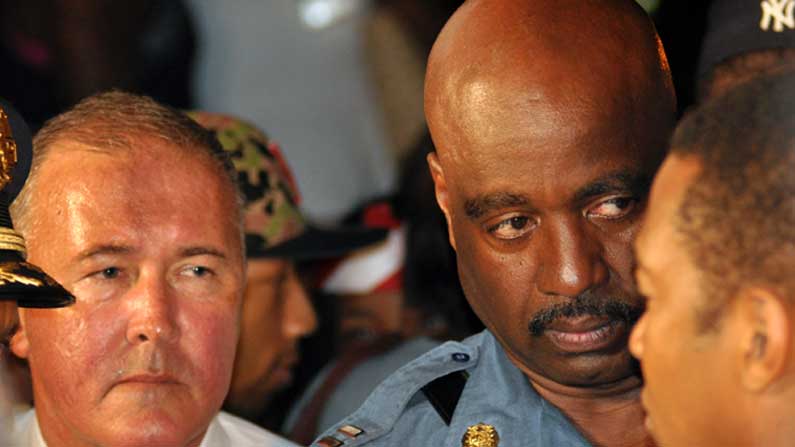 Hope for Ferguson: There are two kinds of people in this world, people who know your name and people who do not.

Who does not know the name of the fatally shot, Michael Brown? Getting over the grief of life that went wrong takes is a process. Those who cannot work through the tears descend deeper and deeper into hell, not of their making. Michael has been fighting profiling his whole life. I do not think the problem with racism is black and white; it is the irony of haters versus lovers. It is the hopelessness of Systemic Racism. Wiki tells us that Systemic Racism occurs when Society is structured systematically, giving advantages and disadvantages to others.

Today people of color continue to be disproportionately incarcerated, policed, and sentenced to death at significantly higher rates than their white counterparts. Lisa Ling says, “There’s so much grey in the death of Michael Brown – nothing is so black and white.” I agree.

The criminal-justice system threatens all communities of color by limiting voting rights, denying equal access to employment, housing, public benefits, and education.  Those who are hungry for food or even respect cannot perform productively. I cannot understand why Congress does not pass a $15.00 minimum wage.  I wonder if our Congress Representatives like themselves.  People who like themselves encourage reciprocity, equality, equity, and fairness. Shel Silverstein, an author for children, writes, “Listen to the mustn’ts, child. Listen to the don’ts. Listen to the shouldn’ts, the impossibles, and the won’ts. Listen to the never haves, then listen close to me… Anything can happen, child. Anything can be.”

Those elected should listen to the people who elect them. They should know as much as any child.

Below are 10 most starting facts from americancongress.org: about the criminal justice system’s impact on communities of color:

1. While people of color make up about 30 percent of the United States’ population, they account for 60 percent of those imprisoned. The prison population grew by 700 percent from 1970 to 2005, which is outpacing crime and population rates. The incarceration rates disproportionately affect men of color: one in every 15 African American men and 1 in every 36 Hispanic men are incarcerated compared to one in every 106 white men.

2. According to the Bureau of Justice Statistics, one in three black men can expect to go to prison in their lifetime. Individuals of color have a disproportionate number of encounters with law enforcement, indicating that racial profiling continues to be a problem. A report by the Department of Justice found that blacks and Hispanics were approximately three times more likely to be searched during a traffic stop than white motorists were. African Americans were twice as likely to be arrested and almost four times as likely to experience force during encounters with the police.

3. Students of color face harsher punishments in school than their white peers, leading to a higher number of youth of color incarcerated. Black and Hispanic students represent more than 70 percent of those involved in school-related arrests or law enforcement referrals. Currently, African Americans make up two-fifths, and Hispanics one-fifth of confined youth today.

4. According to recent data by the Department of Education, African American students are arrested far more often than their white classmates. The data showed that 96,000 students were arrested and 242,000 referred to law enforcement by schools during the 2009-10 school year. Of those students, black and Hispanic students made up more than 70 percent of arrested or referred students. Harsh school punishments, from suspensions to arrests, have led to high numbers of youth of color coming into contact with the juvenile justice system and at an earlier age.

6. As the number of women incarcerated has increased by 800 percent over the last three decades, women of color have been disproportionately represented. While the number of women incarcerated is relatively low, the racial and ethnic disparities are startling. African American women are three times more likely than white women to be incarcerated, while Hispanic women are 69 percent more likely than white women.

7. The war on drugs has been waged primarily in communities of color, where people of color are more likely to receive higher offenses. According to Human Rights Watch, people of color are no more likely to use or sell illegal drugs than whites, but they have a higher arrest rate. African Americans comprise 14 percent of regular drug users but are 37 percent of those arrested for drug offenses. From 1980 to 2007, about one in three of the 25.4 million adults arrested for drugs was African American.

10. Studies have shown that people of color face disparities in wage trajectory following release from prison. Evidence shows that prison spending affects wage trajectories with a disproportionate impact on black men and women. The results show no evidence of racial divergence in wages before incarceration; however, following release from prison, wages grow at a 21 percent slower rate for black former inmates than white ex-convicts. Several states have bans on people with certain convictions working in domestic health-service industries such as nursing, childcare, and home health care—areas in which many poor women and women of color are disproportionately concentrated.

I would like to love to live where everyone knew my name.  It is human nature to desire to be adored, respected, and appreciated. Do you believe you deserve to be called by your given name? We all need to jump-start our hearts to reawaken our kindness and respect to all colors.  Of course, we do not always see eye-to-eye with our universal God.  Why must an 18-year young black boy die?  Many of us are watching the goings-on in Ferguson, Missouri; now, trying to decipher the grey in a western-style shoot-out.  These happenings make a great story beginning for a writer.

A young-18 black boy, just ready to start college, most probably on a Monster-surge of some kind, first robbed a convenience store.  He liked being a bully. He liked it when the clerk ran away from him. So, he turned around and went back in for another piece of fear. Feeling invincible, he walked down the middle of the street. His neighbors already had the taste of hunger without jobs, education, or hope. We have to remember no one knew the officer’s name who shot him. Every day the officers put their lives on the line for the unnamed who is just a color.

John Lennon says, “You may say I’m a dreamer, but I’m not the only one. I hope someday you’ll join us. And the world will live as one.”

It is nice to think of tears like
polliwogs swimming around in a
mortal’s eyes, evolving into well-
adjusted higher forms,

with better motor control and hand-
eye coordination, ascending rather
than descending,

It’s nice to think of sorrow as water,
and all those tears escaping where
swelling pain had been,

It’s nice to think our sorrow will soon
evaporate just like our tears, turning
our attention to helping others evolve.