While the rest of Europe embraces the Euro, metrification, consensus decisions and looking out for one another, with the inevitable sibling squabbles over points of view, England continues to pay lip service to the whole idea of a united European society.

Technically from a geographical standpoint England is not actually a physical part of Europe, being separated by a channel from the mainland. But, having agreed to join the European Union, you would think that we would embrace the whole idea.

Take our currency as a classic example. The Pound, which we still call our metric currency for some peculiarly English reason, used to contain twenty shillings. Now it is composed of one hundred new pence. Why cling on to the name of a form of currency consigned to history? Why not embrace the Euro fully? 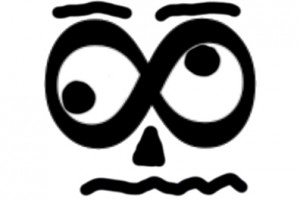 Next we come to weights and measures. The mind boggles when I think that we see nothing wrong with using a mishmashed system, half metric, half imperial.

Daily we hear, or ask, questions like, “How large is that building?”, only to be told in all seriousness, “It is twenty metres by eighteen feet.” Or, “How many apples do I get to the kilo?”, only to be told “That will be a dozen sir.”

Every night on television I cringe when newsreaders and weather presenters mix up imperial and metric. In the case of the weather presenter, my skin crawls when I hear them predicting that the temperature will be ten degrees Celsius and then give us the imperial equivalent. Either we are using metric or we are not!

When it comes to politics, no matter which party is in power, our leaders want to select the parts of the whole idea of a unified Europe which suits them while clinging on pathetically to the old way of doing things.

Come on England, it’s time we woke up to the fact that we no longer matter in the great scheme of things. It is true that less than a century ago England was a major power and its opinion, its currency etc mattered; but no longer.

Being part of a greater Europe makes sense. Either we are in, or we are not. For god’s sake England make up your mind once and for all. Either we join our friends across the channel or become a northern European joke!

Oh no, wait a minute, we already are, silly me.

Review: Create Your Own Destiny