I’m 59 years old and for 37 of those years, I’ve been caring for children.

That is the realization that struck me like a high school football team a few months ago when our youngest son left home and transferred to a four year college in Southern California. “How can this be?” if anyone is reading this or should ask. None of the children stayed beyond the age of 20 (though a few returned every now and then for short or prolonged stays). I didn’t have my first child as a teenager, and I didn’t marry into a family that already had children. Everyone came by choice, when and how we wanted. 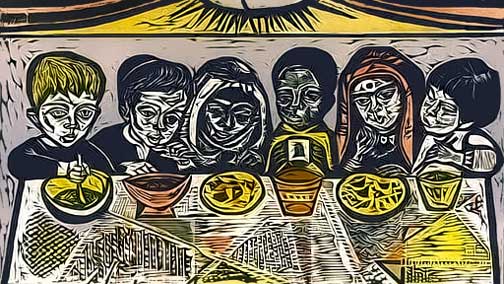 At the age of 23 I married a kind woman who wanted to have children as much as I did. She also worked in the health care field and cared for others. Shortly after we married, our daughter Darcy was born and two years later she birthed our son Brendan. About four years after that we adopted Jason (who was 4 at the time), but it turns out that that is not something she wished to do. We separated and I became a single parent of Jason, with Darcy and Brendon staying with us half of the week.

About a year later, I met Audrey, who tentatively became a step-mother when we married the following year. After getting my vasectomy reversed, we had a child named Shona (who was the last to recently leave home). Shortly after Shona was born, we had our 14-year-old foster daughter Leti move in with us.

If you’ve kept track so far, that makes five children. Darcy and Leti both married and each now have two children, so we don’t have any lack of children around, but it’s quite different. The wonderful grandchildren are Jupiter, Ilee, Lola and Neiva. Audrey and we are respectively known as Oma and Opa.

When I mention that our last adult child has left home, friends say things like, “Oh, you have an empty nest.” Or, “That must be hard.” Or,”It must be nice having the house to yourself.” It’s difficult to give a definitive reply, as it feels like a combination of all the above. At times I miss the kids. At others, it is wonderful to have time alone. And at other moments I’m not sure what I’m feeling. Knowing all the children and grandchildren are fundamentally healthy and happy, alleviates a lot of anxiety and worry. Of course, there are always a mixture of feelings when there are issues of concern or difficult transitions.

So, out of choice (Was it really choice or conditioning or karma?), I’ve been partially creating, raising and nurturing children for well beyond half of my life. I have no regrets.

I wonder if we should perhaps adopt another child who needs a home? Why not 4 or 5 more? Oh yeah, there is the reality that they are with you the rest of your life, whether they leave home or not and unlike radishes or broccoli, you can’t just plant them in the soil and water them once a week for them to grow into adults. It takes a little more attention and love than that, as I’ve discovered five times (so far).