When I joined the Royal Air Force one of the first thing’s that was required was for me to sign the Official Secrets Act, everyone who works within the Governments has to sign it, so my question is this, do politicians sign the act and if so why has not one of them been prosecuted.

The relationship between News International and the Conservative Party is not a straight forward government briefs the media arrangement, this is about selling their soul for power and the backing of a media organisation which has a world-wide reach both in television, newspapers and films, their ability to manipulate a story along any lines that would be of value to conservative interests is clear for all to see and the pay off would have been control of B.Sky.B. without too many regulatory issues, there but for the grace of god, and phone hackers. 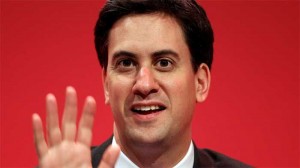 Returning to my original point. The Queens ministers have been passing confidential, if not secret information to a commercial organisation for gain, perhaps not pound notes in brown envelopes, like a previous conservative government but the gain in media coverage is clear for all to see, the attacks on The Labour party and Ed Miliband in particular is the pay off, the sun’s support of Alex Salmon and the SNP is an example, where the Murdoch pay back could not be direct, then anything that would damage Labour was worth investing in. I am sure Alex Salmon would not now like to be associated with the Murdoch Group but the stain is attached.

When are the police going to investigate this Government and its legal standing in handing over highly classified information on a regular basis. Any civil servant or military personnel who indulged in this type of activity would now be in prison, with every politician calling for their heads. However, there seems to be complete silence from Westminster when ever politicians do wrong, surely there must be someone who will call them to book, or are they completely above the law?