This Is My Real-life Blended Family 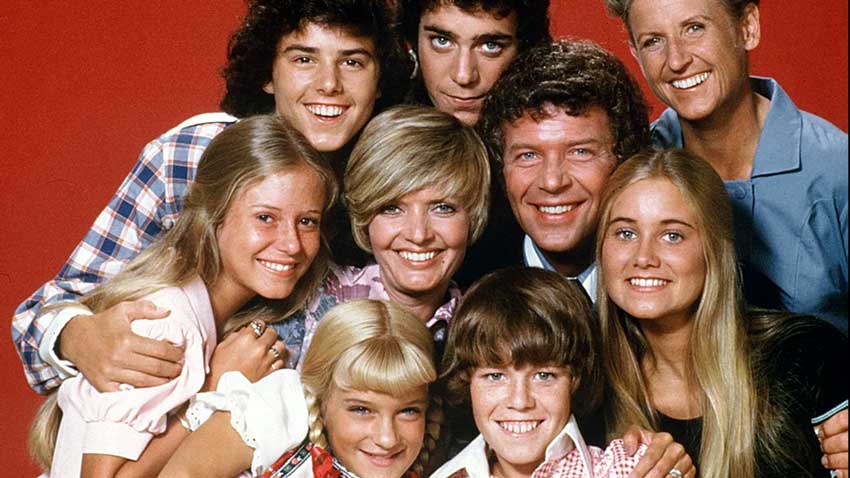 Back to basics: The Brady Bunch sitcom first aired on ABC on September 26, 1969. It was quickly becoming one of the most-watched T.V. shows of that time.

Even my generation of people born after 1985, knew and watched this TV series. The world got a glimpse of what a large blended family of six children, three girls, and three boys, looks like. However, the Brady bunch was just a fictional show for viewers’ entertainment.

This blended family faced some typical family situations that would arise in the real world. Yet, the parents always managed to have all the answers, and at times, made blending a family look easy.

If only blending families was that simple, it’s something that requires patience and understanding with a lot of teamwork. My life isn’t a sitcom. It is a blended family with six children, three girls and three boys just missing an Alice.

2019 Stepfamilies Statistics in the United States

In 2019 the stepfamily statistics came out in the census for the United States with newfound research regarding the numbers. They reported that almost daily in the U.S., 1,300 new stepfamilies are forming. One out of two marriages in the U.S will end in divorce, and the average marriage only lasts seven years. Shocking to see the numbers and how life has become today.

They reported that 75% of divorced people would eventually remarry, and 66% of them will get divorced again and have children involved. It was a complete shock to see that 50% of 60 million children under the age of 13 live with one biological parent and a stepparent. Out of learning about these numbers and the research findings, there was one big part I, as a mother and stepmother could understand.

Reports show that 50% of women who remarry or are re-coupled have stated if they had the chance to re-do that relationship. They would never get involved with a man who has children. How could anyone honestly believe down to their core that because someone has children, it’s a mistake to have a relationship with that person?
My Big Beautiful Blended Family, the real-life “Brady Bunch.”

When my partner, now we are engaged, decided that we wanted to move in together, we spoke a lot about our children. Mine and his. My fiancé has four children, three girls, and one boy, and I have two children, two boys. Combined, we have six children, three girls, and three boys, with the age range of the oldest being 12 and the youngest being 4. My fiancé and I had been great friends for over five years, and once we were both divorced, we were honest about our feelings with each other. He is my best friend and was my best friend before an intimate relationship and now engagement.

After months of dating and wanting to go to the next level of living together, we had to figure out the best way for all six children involved. When it comes to blending a family, the biggest worry and focus is how to do it to prevent a shock for all the children and helps with adjusting slowly to the new way of home life.

My children live with me Monday through Friday. Then have their visits with their father for the weekends. My fiancé’s children visit on weekends. For the adjustment period, we didn’t want to throw the children together quickly. We decided that my sons needed to get used to my fiancé with just him and my fiancé’s children needed to get used to me. Of course, to all the children, we would talk about all the children and answer questions. After a month of both sets of children involved getting used to their parents being with someone new, we had a weekend that all six children got to meet.
When life gets challenging, but the result is worth it.

Blending families is emotionally challenging. As a parent, you made this choice to be a stepparent to someone else’s children. With that choice comes an understanding that you now need to treat your stepchildren as your own children and love them on equal ground. Unlike the popular T.V show, when you combine families, the children have to adjust to the fact there are now other children that, at times, have their biological parent in the mix’s attention. That is what gets hard on the couple, and the parent alone.

Once you have chosen to blend families, giving up because it gets hard is not the answer, because you’re only giving up on the children and family doesn’t give up on each other. Blending families takes the couple being a united front. There is no more “well, your kids,” or “my kids.” The only phrase to use is “our kids!” People will ask my fiancé or me how many children we have, and we both say the same thing, “I have six children.” Neither of us anymore say or refer to any of the six children as being stepchildren. That is not being a family.

Choosing to be a stepmom is such a blessing. I have six children that I adore and for whom I would do anything. I make sure that all the children know I love them and know that at the end of the day, I will always be here for each one of them. Yes, my house gets overwhelming with six children, and sometimes I feel that cleaning my house with all six children home is basically like brushing my teeth with Oreos. However, I wouldn’t change any part of my life or my blended family.

Laying in bed or being in my bedroom and hearing all six children in the living room together, laughing and joking, and seeing each other as brothers and sisters. None of the challenges we had the first year after combining families, none of those arguments, or the frustration over the adjustment period with combining families matters today. What matters is family doesn’t give up or walk away. Love is what makes a family, and it doesn’t matter if the family is all blood-related or not. Family is what you make it.

All my children know that my door is always open, and they can talk to me about anything. Each one of them has done just that. I learned to show that there is enough of me for each of them. Not one of them is more important than the other. I wouldn’t change any part of what we went through from the start of us to the present day. It taught me, my fiancé, and our children about love, life, and family. Just because divorces happen doesn’t mean they will not be in a family setting again.

That I can go to my “stepchildren’s” sports games and their mom be there and be civil and have a great time. And my fiancé can do the same with my two sons with their father there. We all have learned to be a positive influence on all the children.

Giving Up Is Not an Option with Blended Families

When it comes to choosing as adults to become a part of someone else’s children’s lives, one significant factor worth considering is that giving up is never an option. To that effect, don’t insert yourself into these children’s lives. Unless, of course, you plan to go through the good and the bad and never give up. It’s about teaching children today that by you marrying their biological parent means you are giving those children a promise as well.

I couldn’t imagine my life without any of my six children. It was not easy at first, but it’s been entirely worth it today. I wouldn’t change one thing about my blended family or how we got to where we are today. Love and support are what got us through those challenges.

Arianne went from a single mother of two boys, to a mother and stepmother of six children. At 33-years old decided to make the choice to return to college full-time and finished her goal to obtain her degree for a bachelor’s in science for business management. In August of 2019 she was added to her Universities President’s List for her academic excellence in the classroom and maintaining her 4.0 GPA. With everything falling into place in her life she decided to start a blog for women and mothers. In order to share her stories of being a young mother, then divorced and a single mother to now a mother and stepmother. Wanting to help other women through those struggles she has faced and taught her the most in life. Believing that women should know they are not alone, and women need to empower each other. Going from a blog to be a guest blog on other women empowering sites to now focusing on branching out and sharing her stories with the world. Now with being a stay at home mother/stepmother, wife and college student she’s more determined to spread the word and empower other women to shine through those storms.