We Need a Fat Tax

One night I had a tummy ache, motivating me to step out at midnight, where I would then look to buy one can of ginger ale.

One stupid question. Why is it, whenever I go to any big name franchise store, they only sell gazillion sized bottles of any type of drink?! No one sells one can of ginger ale ever.  I can visualize being stopped by a stereotypical US state trooper. “License and registration,” he would bark at me. 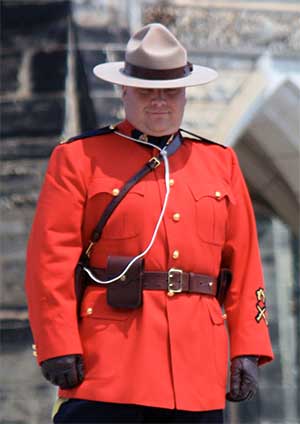 “I don’t have any, officer, sir,” I would respond, looking my usual five nine inch, soft spoken, and awkward nature self. (Genetics never got me anywhere!)

“Sir,” would continue the state trooper, “What are you doing at this time of hour?!” His face would suddenly grow diabolical with a mysterious shadow cast over the scene.

“I want to buy one can of ginger ale, sir,” I would respond, shrinking with discomfort under the scrutiny of his hairy eyeball.

“Why?!” would roar the arm of the law with the full force of his character.

“I have an achy tummy, sir,” I would respond, looking guilty by the moment. Only then, I would expect the former marine to physically extract me from my vehicle, drag me to the shoulder of the road to face the punishment.

“Buying one can of ginger ale,” he would rage at my naiveté, “will not put Americans back to work!” If my intention was to buy medicinal marijuana, the Mafioso would benefit, and the patrol officer would look the other way with disgust. And we know it too!

This must lead somewhere. Everywhere I go, bad food is cheap and accessible. Two dollars will get you burger, ketchup, or relish, in a urine sample type container. If I wanted to buy an electrical item, someone behind the counter would point at a package, containing a dozen products. Dam mass production! If I walk by an exercise gym it is filled at all hours, anywhere, and everywhere!

The only way to fight mass consumption is to be a part of a buy local organization, or initiate a Fat tax. By the way, whenever the media feature the Canadian health care system they always interview an overweight, obese person, all to point out the failings of the Canadian health care system.  No one who takes care of themselves is ever selected for such an interview feature; ever. To add to my woe, I even notice in some areas of the city, a wild coyote routinely preys on overfed house pets. Yes, this causes the usual uproar in the newspapers, but no one ever says it like that.  If only such a species would target obese humans. That would be Darwinism!

In short, we need a Fat Tax, or a Miss a Meal Campaign for the overweight. “You can Miss a Meal, sir,” I would tell all such people who do not take care of themselves. Can you imagine a Fat Tax?! Now visualize a Miss a Meal Campaign. All such initiatives would not only fight obesity, but give cash strapped governments a source of income. Face it; rehab is only for the famous. It is tough love people. That being said, that state trooper is in need of a trim.

Conversation With a Nigerian Female Author

Alan Place Nov 1, 2020 1
Dreams Fuel My Writing Most of us have woken and thought, where did that dream come from? For several years,…
Publishing