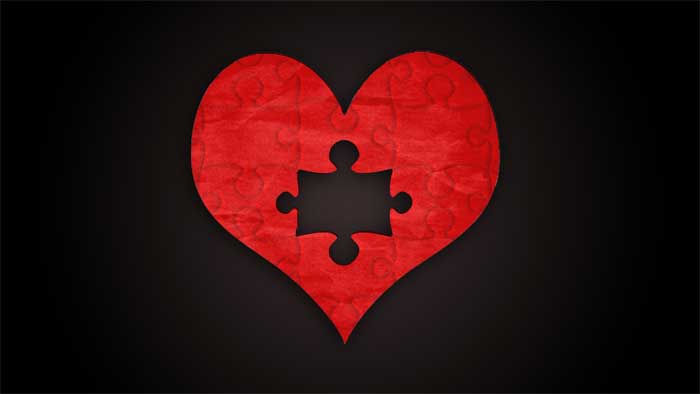 There is a lonely quality to the dark that falls in a hospital room at night. Overnights have a held breath-hushed sort of quality that defies sleep.

I am here doing what I can to provide hope and light and love and mostly I just stay in that mode and remove myself from any thought of how I feel. But, occasionally I am shaken and brought to a shattering reality and I am appalled by how sad this is. This thing of watching my mother hang in between life and death.

She swings in between both of those places at times in a twilight-lit soft expanse of an in-between ground that is really not quite firmly grounded in either one. She has a very long road to go and a lot of intervention ahead of her and on some days I can see she is left wondering if she wants to keep fighting at all.

Earlier this month I trundled myself up on a plane to come back to see my mother. She is in the hospital fighting some pretty grim odds. After a 9 hour surgery to repair cord damage in her neck that had left her, for all intents and purposes, unable to use her legs or right arm the nursing facility she was sent to recover in left her to develop wicked bedsores.

She was returned to the hospital here and has had several interventions to keep her going. These sores are on her bottom. There are two of them and they are hard to look at. They show a clear expanse of two or more inches of her spine through gaping holes big enough to stick the better part of your fist in. And even an untrained eye such as mine can see that this bone is necrotic. It is like something out of a bad horror movie to see them. And yet they are the real state of the flesh and blood of my mother.

When she is awake she speaks of wanting to go on and the belief that she can slowly but surely get the healing done and rise up get up out of that bed. She wants to escape the bed she’s been placed and held in for these last nearly four months.

Though she knows that even a person with proper circulation is looking at six months to a year or more of dodging infection and new pressure sores just for the chance at healing. She knows her diabetes complicates things for her and she knows that the pressure, bedsores, will be slow going at best. But, she wants to keep pushing.

She is wanting to stay in this fight. Even though her life has become a series of bags that are hung to drip into her veins, turns in the bed to be made, a constant exchange of morning and evening saw in the changing faces of her nursing staff and in endless rotations of bland food–even with that she’s not nearly done. So I am here pushing away the shadows of the night.

The hospital that my mother is in is a funny place. It’s like the saddest bus stop in America. All walks and types of individuals populate these halls. All of us brought together and shared a certain bewildered weariness. My mother’s floor is mostly filled with end-stage cancer patients and those who have extensive issues making for a long stay.

And in my short time here I’ve learned that when a harpsichordist or a cellist is seen at the door of a room playing Amazing Grace or Nearer My God to Thee that in the next few hours that same door will be closed and a picture of a dove placed in the window in front of closed blinds.

I’ve come to understand that this signifies that a person has passed and they are awaiting their final physical flight from the hospital, though, their souls have already flown wide and far away from these walls.

Down at one end of this long maze of hallways and open doors and beyond the ones that close with their doves carefully in place is a family waiting room. It holds a Christmas tree and a television and some couches. 24 hours a day there is coffee and cocoa set to brew.

On the tabletop, a puzzle is laid out every day. These puzzles are different from the missing pieces that make up my son’s Autism. Though the emblem for his disorder is depicted in the puzzle piece, the ones here measure something different. I smile to see how the puzzle and the alcoholic seem to follow me. Even here I see these things everywhere I embrace with sweet familiarity the things and themes that seem determined to follow me.

I watch the days slip away in the progression of these puzzles. People at all hours can be seen shifting and adjusting and finding the spots that these individual shapes come together to form some cohesive whole. And in the moments they are there is nothing but the hissing of the coffee pot, the soothing clipped tones of a low volumed news crew on the t.v. and this puzzle. Yesterday the picture was puppies at a picnic today a bridge over a waterfall.

At 4.30 this morning I went to stretch my legs and there was Darla putting in the last piece on the puppy puzzle. Before that, Barbara had been there dedicatedly turning and coaxing the pieces. Each coming from different walks of life but each sharing in common the experience of having a husband who is dying or, like my mother, extensively ill. During the day I have seen the children, grandchildren, and sons of the patients on this floor also dubbed the hospice wing.

With each, it is as if the usual rules don’t apply. We stop we speak we share intimate things. We bolster each other up learn the faces and the names of all the people who wait for whatever will come. Resolutely we offer hope and encouragement or a simple nod of understanding over this puzzle and a coffee cup. It’s done on fast forward but deep and reaching in its meaning as we pause to look outside of ourselves and stretch out momentarily to one another.

Seeing Darla had finished the puzzle I came back to the desk and dug out the waterfall bridge one and brought it back to the room. Together we deconstructed the puppy picnic one. And I felt with the removal of each piece as touch and vision of the people I’d seen working on it.

I could see each face. The little girl who came in while her grandma fed her little brother a cup of ice cream, some man’s son who resolutely tuned out his pain for a while, Barbara, Darla, and even a nurse. And yes, I put in a piece or two. I saw the face of the 20 something aged pierced and tattooed girlfriend of a chronic alcoholic whose abused and battered liver had shut down and veins had burst.

I remembered our short conversation about how recovery from alcoholism just doesn’t come to everyone. I could see that she at 20 shared the problem it was visible on her face in that particular shifty hopeless look as she mouthed the words of hope that did not connect with her eyes. I could see the faces of the people who were too buried to speak to but who I’d nodded to or been nodded at in passing.

There were so many stories and lives tied up in the pieces of that puzzle. It was palpable and translated from my fingertips to my mind as I deconstructed the bright merry ridiculously happy puppies on a picnic in the summertime.

I walked back down to mom’s room and watched her sleep in the dark of her room. It is lit by the Christmas tree I brought and the light of this laptop screen. My tapping fingers comfort me. Sometimes it is all I know to do to describe the things I see and feel.

There really is not much else to do. Life is fleeting. It is also all too fragile. Dignity is just an illusion. Nearly all of the things we think matter we will find really do not. Those things get pulled and squashed and pushed down to nothing in the end. It all gives way as our lives narrow and become more focused in crisis or as we face our end.

The wars and battles that raged and still sit in an unresolved stalemate, the things you thought you’d never forgive, lose all importance. But, love, it reaches across the gap and shines out in the night. It reaches a heart even as a dove is placed in a window frame. It is I hope for those on this floor the first thing they ever saw in this life and the last thing felt in their passing.

I believe in my mother’s ability to recover. I pray that it is in God’s cards and while I am here I will be the face of that belief. I’ll cry someday, but, not now. I’ll just keep pushing and tugging turning and lifting smiling and believing hoping and praying. And already the bridge and waterfall puzzle is taking shape. Set in motion by a few sets of hands at not quite 730 in the morning it is well underway. Sense and shape are formed out of the surrounding absurd, nonsensical, external, and internal disarray.