We are going to rule the World Donald! 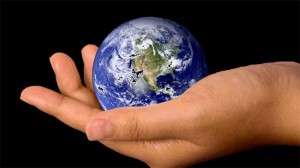 I don’t like poor people Donald, no money, no cars, no houses, living in a tent or a trailer, that’s not the American way, you have got to be at least a millionaire.

It’s the same with working class people, nothing I like better than firing some of them, put them in their places Donald.

Can’t remember Donald, he is around somewhere, my memory isn’t as good as it used to be, I forget lots of things, whats Medicare Donald?

I don’t know Mitty, that’s another of those poor people things, get rid of those. Quack, quack, quack.

I am sure we had Pluto a little while ago Donald. Oh there he is we tied him to the roof of the car. Ha. Ha. Ha. Ha.

With apologies to Walt Disney.

Minnie Apr 18, 2012 0
Big Questions In Life Many have the questions, but very few have the answers. Among the few; Miriam Pia…
Writing