Memories of Faye: The roots of my Spiritual beliefs go back to my teens, when during a particularly bad week. I tried to do some meditation to calm my troubled soul.

I was sitting on my bed, at my parent’s house, in Clevedon, Somerset. I was sitting cross-legged, just trying to calm down, and relax, when I felt the calming influence, of a spirit guide, the experience, was so profound, that not only did it calm me, but I felt like I was not there, as if I was out of my body for a few minutes. 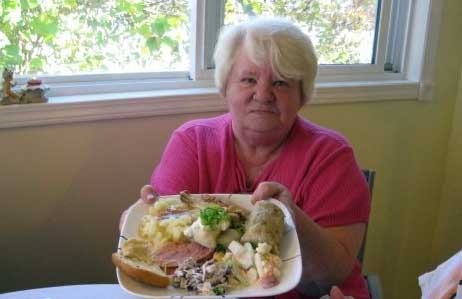 Over the intervening years, I have taken to meditation, to calm me, when I am troubled, or in time of stress, to calm me down, as well as a great aid to a restful night, as I have difficulty getting to sleep, most nights.

Three years ago, I had the great pleasure of being invited to meet a lovely lady by the name of Faye Dupre’, we had been introduced to each other, by a mutual friend Cathy Cotten on Facebook.
Faye and I had been chatting on Facebook for about 6 months before we decided to meet, so we had got to know each other very well.
Faye lived in a lovely town called Lac La Biche, 2.5 hours drive north of Edmonton, Alberta, Canada. This was a major project we undertook, as she wanted to see me, we saved together for the 4 months it took us to get the airfares.

When the time came to fly over, despite me telling friends, that air flight was the safest way to travel.
I was so scared, I had not eaten since about 8.30 the previous night, and the plane did not leave Gatwick until 7.30, so I had 6 hours of pacing up and down to contend with, and I could not eat or drink, as I was so worried I would be sick.

Desperate to calm my nerves, I tried everything I could think of from mints to barley, and nothing worked, until I tried Chinese Chi beads, the theory is that you put them on your wrists, with the bead on the inside, as it puts a little pressure on the Chi point, this extra pressure, will release the tension, they certainly worked for me, as until I boarded the plane, I was still uncertain if I could go through with it, as this was the longest flight I had done, the only other flying time, I had had, was to and from RAF Aldergrove in Ireland, which was just an up and over trip, at the most, it took 1.5 hours. And now I was undertaking a 9 hour flight to Edmonton, Alberta.

Faye was in her late 60s when we met, and although we had a 16 year age gap, we were so in love, as I stood at the waiting desk, I knew I had to go through with it.
If I don’t go through with it, how can I explain to her, that I could not fly, without having her think, I had just ditched her because of her age ? I thought to myself.

I flew over twice in her last years as she passed away on Dec 2009, her family, could not thank me enough for making her last months so happy, and for making her feel so warm and loved again. As Dec 5th 2009 dawned, at my mams’ house I Clevedon, Somerset. I checked my mobile phone for some reason and found a message from Fayes’ middle daughter, Marge. As soon as I got it, I knew something serious had happened, if not, Marge could have contacted me on Facebook during the day
For months afterward I would wake at about 500 am, which was the time, I got a message from Marge.
Late in March 2010, I had a dream of Faye, she was standing in front of a white light, with arms wide open, all she said was :
‘I am here for you, hun !’

As we both had strong spiritual beliefs, I took this to mean she had safely crossed over, and I had no more dreams…
Until 10th September 2011, 19 months later, I had another dream of Faye, we were by the lake we loved to go at night.
The significance is that this was the day I told my new lady love Sylv, that we would be meeting on September 21st, as there was a lot of doubt, owing to my tendon injury.

We took this to mean, Faye is happy for me, to be with Sylv, otherwise, why choose the same day, I told Sylv, in all the time we had in-between. We could be wrong, but it did seem like that at the time, however, when Sylv and I met, she felt nothing.