My stepson was an alcoholic and drug user for many years, along with a foul-mouthed yob, who thought nothing of shouting obscenities at me for things I had not done.

My life was so bad, I hated opening the door to him as I knew, if he had a bad day, I would get the backlash. 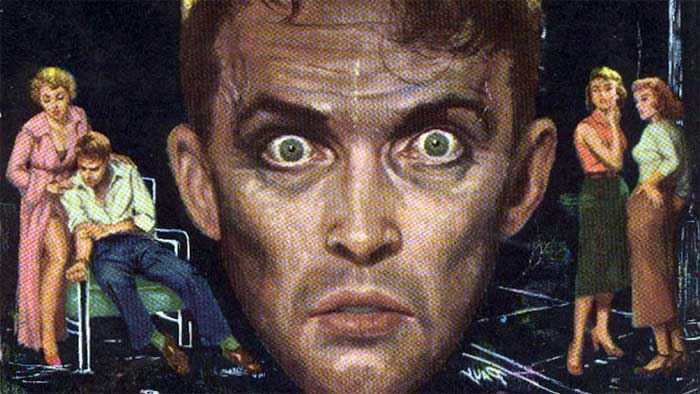 Life got so bad for me, on payday my wife never knew when to expect me. I would go out drinking from work and return late just to avoid the conflict with him. I have never been a heavy drinker and since I came back from my RAF days in Germany I can hardly drink beer at all.

He was driving me to be a drinker just to stay away from him. Until one day on the bus home, I was so ill I had to dash off the bus and just got off in time to be ill. I was so embarrassed, I stopped drinking that night. Apart from a few beers when I went to Canada to see Faye, I have not had one since.

One night when he was 9, he was out with friends, when we called him in for his safety at 9:00 they told him to phone the police and tell them I was a child abuser, of course being a child the Social Services got involved in the case. We then had 3 years of being quizzed after that it was better being interrogated by the Gestapo. As the “Step-father” I was automatically the villain-end of the story. After various homes took him in, never for more than 2 weeks, the common view was I was not wrong. Even at that age, he could not accept being told what to do and with the Social services backing him up, this made our life a total misery.

I was cleaning his room (as he never did anything in the house) one day when I came across a strange brown package on the bed. When I showed it to him and his mam all he said was it was a mild drug for a trip. No harm. As we know, even for an adult each trip is different, some good others can be horrendous. Imagine a 5-year-old child having a bad trip, what problems could that cause, and is there permanent mental damage.

Months later, I came across a needle on the floor. I took it down to the front room as I hit the wall to gain attention I said: “1,2,3 you’re dead.” Everybody turned to me and said, “What was that about?” I explained, “If the children had used these needles in a game, that is all the time they had. Not enough even to scream.” Naturally, everybody looked horrified but it didn’t sink in with my stepson as he thinks he does no wrong.

He soon fell into bad company and started mixing with junkies and drunks. One friend got so drunk he fell through a hedgerow in the middle of the day. A week or two later he was so drunk, he fell asleep on the sofa and almost burned the house down making toast.
At various times, my stepson has shouted out about the “supposed” abuse, usually when he is drunk but to anybody who doesn’t know us, how are they to know. I was cleared of the accusations, this did not help me. At the time I was working in one of our museums with a large police contingent, it was like being watched everywhere you went. I had the feeling that they always had that question “Did he or didn’t he?”

One time in the kitchen, he swung at me with a frying pan. Fortunately, he had to go over the fridge. Doing this he smashed some bottles and I was covered in glass shards, my t-shirt was covered in blood, it looked a lot worse than it was as there is little to protect the veins there but it was still scary.

In the summer of 2010, he threatened to hit me with a hammer twice in one week as well as put a pickaxe in my chest. All this was to impress his partner ( I refuse to term her girlfriend as it insults nice girls), she too was a druggy and alcoholic who was so drunk one day, he had to carry her back here in the middle of the afternoon. I have had to suffer the ravages of his temper for over 15 years now, mainly drug-fuelled outbreaks of verbal abuse, as recent as Jan 2011 he attacked me in our house, as we were worried about getting the Social involved again as two of the children would be classes “at risk.” I had to lie to the doctors about my head injury.

As an afterthought, being a junky and alcoholic. My stepson denies anything happened as his mind is wrecked by drink and drugs.

Drink and drugs effects-Tuesday 29th May, 2012-my stepson attacked me again, this time grabbing my throat as he tried to push me down the stairs.

We have a 3-story house, as I can’t climb the stairs since my injury in July 2011. I have a small room on the ground floor, he has the master bedroom on the top floor. He is directly above with just the kitchen between us. Despite everybody asking him to keep his music down, it has got to the point were I don’t listen to music or watch TV as I cannot hear over his noise.