Years ago, I directed a musical for the Rochester Association of Performing Artists (a.k.a. RAPA) and spent weeks auditioning many actors, singers, and dancers of all ages.

A diverse amount of extremely talented performers gave it their all during the auditions, but of course, I could only narrow it down to a chosen few

who would win the various lead and supporting roles. But it soon became clear who would round out the cast. 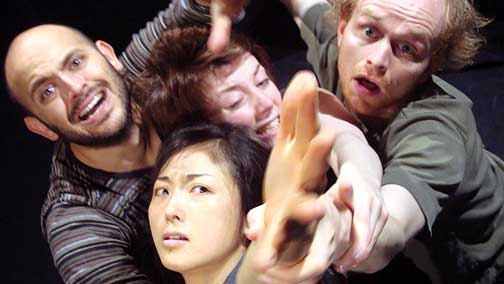 So, I was faced with a dilemma:
1.) Hire the most talented who were also the most egotistical and difficult personalities

?
Or
2.) Cast the least talented who were the gentlest of souls?

Ultimately, it ended up being a good mix. I cast those who were talented AND kind, and I also cast some who were not talented, but yet kind. Either way, I did not cast any of egotistical and somewhat mean-spirited – but extremely talented performers. They would have to at some point try again later for another production of mine, or somewhere else in town.

Years after that, when I started teaching acting at Rochester, New York’s Historic German House, I came across a similar experience. There were many fine actors who enrolled for my classes, and in doing so, they had to audition. I was a tough teacher and expected a great deal from each of them. However, many who attended those classes went on to great things, in and out of the entertainment field.

In any case, there was this one particular student who stood out – but not for the reasons that one might expect.
He was an awkward sort. He was very tall and very thin, and not very coordinated or particularly talented. But this actor had heart – and passion – and determination

. And he was one of the kindest souls I had ever met. I knew that when he auditioned for my class, and I experienced that throughout the entire semester.

And once the course began, and each time he stepped in front of the class to work on a scene, either by himself or with another student, his talent did not shine, but his kind heart and determination to do his best lit up the room. What’s more, I was so proud of my other students whenever he did one of his scenes.
Not one of them snickered or laughed at his performance. They supported him 100% – which not only was one of the rules in my class, but it was something that each of them CHOSE to do on their own.

I could never bring myself to tell this particular student that he might not have “what it takes” to make a success of acting because acting was just too important to him. He loved it so much. He loved to perform. “I don’t want to do anything else,” he would tell me again and again.

So I kept him in my class – not because I wanted his money – but because I enjoyed his good heart. He was an inspiration to my students – and he was an inspiration to me. And I never charged him a dime. His passion and determination for acting – and his kind heart and gentle spirit – trumped his lack of theatrical talent.
And he taught me more about life – than I could have ever taught him about acting.

Things To Say When Someone Dies