Finally, my IP is back up and transmitting its signal after a week of no internet access!

It’s true that until you lose something or someone in your life, you tend to take it or them for granted. In my case, as I began writing this on Tuesday 16th July, without any warning I was without any form of internet access. Being housebound, I depend wholly on the internet for everything others simply take for granted like shopping, banking, and bill paying as well as keeping in contact with all my friends, plus publishing my books. My dongle internet connection ceased to work on Sunday. I deleted its software and reinstalled it. For a few hours that night it worked, but it finally gave up the ghost the following morning. 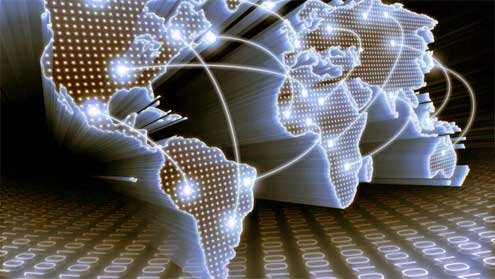 Just like the previous night, while its software acknowledged it had found my dongle and that it was working, when it came to connecting to the net, it kept telling me that no network connection was available and that I should move to another physical location!

Thinking the dongle or the software was faulty I ordered a new one and its software from another internet provider. Same result – no signal, plus I was unable to register it! I keep hearing from others in the neighbourhood that the reason why the signals are not getting through is all down to the current heat wave.

If that was the case, what a complete pain in the butt!

Either the transmitter in this part of the UK has gone on the blink, or as I suspected at the time, I had been cut off because of my contract with them ending. I had entered into it the year before last. It would not have surprised in the least me considering their extremely offhand attitude towards their customers once they have you signed up.

With no internet access I was forced to try to find a phone number for them but unfortunately, my phone directory only applies to this particular English county – Suffolk. Same goes for the Yellow Pages. And so I spent an expensive half hour on the phone to one of only two internet providers advertised in the local directory.

The first person I conducted business with spoke with an extremely broad Scots accent. I found myself having to endlessly ask him to slow down and repeat what he said. Next, he passed me onto another individual for the monetary side of the transaction. This time the person I spoke to was a lady of either Indian or Pakistani origin with an equally strong accent. Like the Scotsman, I had to ask her to speak slowly and to repeat what it was she had just said to me.

While I applaud the hiring of the two people concerned by the IP involved, when it comes to phone inquiries, in this case, business, clarity of speech is paramount. There is no substitute for being able to instantly understand the person at the other end of the line. Despite their strong accents, both people were extremely helpful. I also found out to my cost that trying to use a Freephone number via a mobile phone is impossible.

This whole saga is a salutary lesson learned. I should have had a proper home Wi-Fi system installed years ago.  So I now have to wait until 9th of August to get a landline fibre optic home hub system installed from British Telecom. When it is finally installed I will be canceling both dongle systems…