Last night I watched the first episode of a program on the BBC about the Mumbai (Bombay) railway system.

One thing stood out for me, and that was the obscene poverty of the people who live in shanty’s beside the rail network (fifty percent of Mumbai’s population live there). 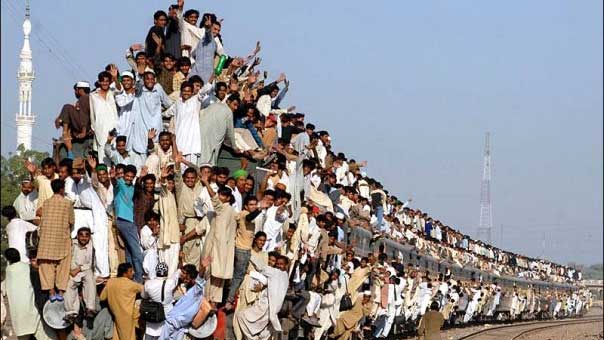 In this twenty-first century, how can such inequality still be allowed to continue?

India is a rich nation, not only in money, but also in its history; there is absolutely no excuse in this day and age, and yet it persists – why?

The Mumbai rail system is running beyond capacity. If there were thirty hours in a day, those in charge still couldn’t cope.

And so the railway has to expand, laying more track to cope with the millions who use the network round the clock, but at what cost?

To make room for the broadening of the tracks, the shanty towns have to be removed. The problem is that millions of people live in them.

Isn’t it time those in power did something to help India’s millions of poor, who are destined to scrape a meagre existence alongside the railway lines, and across the entire Indian subcontinent, simply because of the particular cast they were born into?

With the Passing of Time