How To Lower a Nation’s IQ

While having an online chat with a dear friend of mine in the US earlier today, we were talking about the appallingly low educational standard of one particular eighteen year old American teenager.

She had tweeted that since Obama had been returned for a second term as President of the United States, she was seriously considering going to live in Australia because its President was a Christian man with Christian ideals.

To say she was shot down in flames on Twitter, mostly by Aussie’s, would be an understatement. But then again, I doubt that anyone that dim wouldn’t even appreciate that she had put her foot in her mouth. For those that don’t know, Australia has a Prime Minister who is female and an atheist.

It got me thinking about the declining standards here in my own country: 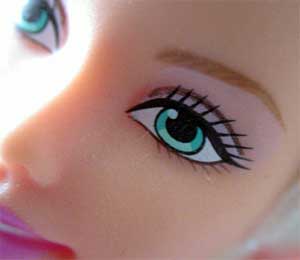 There was a time not long ago here in the UK when you knew that within the hours following the 6pm early evening news on television from Monday to Friday, you were not only going to be entertained but also learn something of interest until 9pm.

Back then at the end of the working week Saturday afternoon was for sport, while the night was when we could sit and relax to watch light entertainment programs like Saturday night at the Palladium, where we would be entertained by all manner of brilliant acts from across the whole entertainment spectrum. Sundays were for quiet reflection, religious programs and the weekly play.

That time no longer exists. If you are a member of the older generation like myself, most nights we are now forced to wait until 9pm before there is anything worth watching with one exception BBC4.

Today’s UK television schedulers have borrowed an idea from their counterparts in the US, shamefully pandering to the lowest common denominator by filling the time between 7pm and 9pm most nights during the week with endless reality, property, gardening and cookery programs – not forgetting repeats, believing that this is exactly what the nation needs to keep it happy.

Rubbish, nothing could be further from the truth!

While it is true that it may satisfy the brain dead among us, the majority still want to be educated. If we are to raise the nation’s general IQ we need that time slot each night for us to be exposed to the kinds of programs I was brought up with like serious documentaries, plays, cultural and scientific programs, current affairs programs about what is happening elsewhere in the world. Unfortunately, instead of producing better programs, all that has happened is that our television companies have increased the number of channels to spread the garbage even further.

By showing endless repeats and reality style programs on all of the television channels, our nation’s intelligence level has clearly deteriorated, reinforcing the widely held belief that the UK is inhabited by hooded morons who utter cringworthy things like “innit” and phrases such as “no wot I mean”. Or even worse, use the word “like” fifteen times in one sentence while robbing you of your wallet and mobile phone in your local high street.

There are one or two thoroughly worthwhile programs which still occur within the so called peak viewing slot like the long running monthly astronomical program The Sky at Night at 7.30pm on BBC4, or University Challenge and Mastermind on one night out of seven. But they are the absolute exception to the rule.

All this makes me wonder why it is that we are still required by law to pay an annual television licence when so much of what’s on offer is total trash!

I suppose I should consider myself lucky that we still have BBC4 given over to programs that actually stretch my mind instead of boring me stupid.