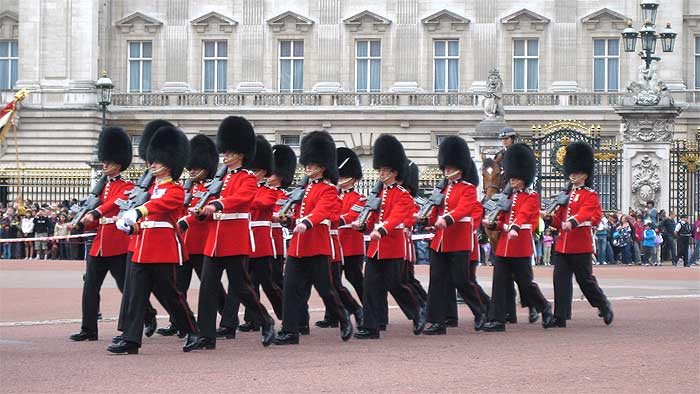 It happened right before my eyes and I didn’t see it. How could I have missed it? How could I be so blind? My son, Brendon, had grown from a little boy into a man. It was his eighteenth birthday and we were flying to London, England; the land of Dickens and Shakespeare; the place he’d wanted to visit since junior high school.

It wasn’t their famous authors or history that he was interested in, it was the pull of a large, exciting, cosmopolitan city filled with nightlife, plays, clubs, art, and the BBC (British Broadcasting Corporation).

This was our trip; a father and son fulfilling a childhood dream, spending time together without any of his brothers, sisters, or other parents. The journey ended up being more than a travel adventure.

For me, it was a wake-up call and reminder of life’s limits; of values and validation; of remembering what’s important, and letting go of what isn’t.

Brendon ended up making a lot of decisions, deciding what to do, where to go, and how to get there. He read the fine print on the train or bus schedules; the print I couldn’t read; the words that were a blur of small letters to my aging eyes.

“You need some new glasses,” he said. Imagine, my son, telling ME what I need!

“It’s this way,” he’d say, referring to the right direction to visit a certain district or tour.

Nine out of ten times he was right. Imagine, my son, the little boy I’d carried in my arms and on my back, telling ME which way to go! My son, walking longer and farther day by day, finding his way to a late-night club by himself; not wanting me to come with him. Imagine that!

Not only did his independence and energy make me feel old, but it also instilled newfound respect and appreciation for who he is and how he lives in the world. He was kind and considerate to all those we met and responsible enough to have the courage to ask for help when needed. I was proud to be his father.

Being with my son outside the U.S also opened my eyes to the advantages and disadvantages of living in America. Though it’s still difficult and not everyone in The States is feeling financially stable, it was still a lot cheaper for food, rent, utilities, and gas here, than it was in England. Petro in Great Britain costs the equivalent of five to six dollars per gallon (as it does throughout most of Europe) and groceries run about fifteen percent more. In general, there’s more space in America than in England. Houses and apartments are like little gingerbread boxes there and the toilets (rarely referred to as bathrooms) are just big enough to squeeze into and close the door.

On the other hand, the English seem to feel much more connected with a larger community, not as isolated as our country can be. Their coverage of the news was more diverse, including all the worlds’ peoples and countries, not just their own.

The Brits live IN history, surrounded by centuries of monuments, castles, museums, and ruins. Their past seems more alive at times than the present, whereas we in the U.S. tend to view anything over two days old as ancient or irrelevant.

Best of all, the English seemed friendlier than I had remembered when I visited twenty-odd years before this trip. Everywhere we traveled, whether it was in the beautiful green countryside, small Elizabethan villages, or in London, with its numerous historical sites and exhibits; people would say, “Lovely.” Giving us change for a purchase the clerk would say, “Lovely.” Opening a door for someone entering or leaving a building resulted in another “Lovely. Thank you.” When responding to a statement about an object, person, or event, we’d hear another “Lovely, isn’t it?”

Much to Brendon’s embarrassment, lovely became my favorite word. I started repeating it, with the best British accent I could muster, day in and day out. For me, it implied an appreciation and acceptance of the momentary human interaction, an acknowledgment of the beauty and joy available at our fingertips. When people asked about our trip, it’s easy to sum up my love of Brendon and our time in England together in one simple word “Lovely”.

The Hand of God: Ouroboros