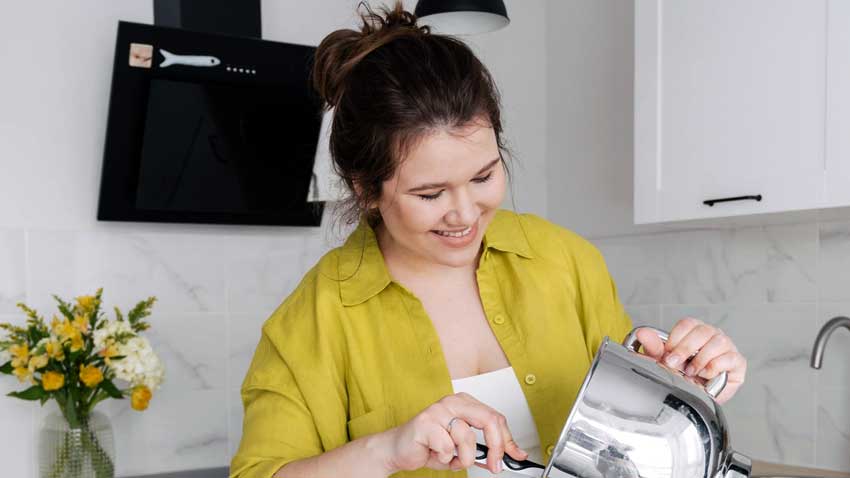 Back in the ’50s, when Elvis was still wearing his blue suede shoes and knee-length dresses were seductive, housewives were everywhere and became essential for a working man who wanted to be respected by his peers. Oh, how the tables have turned.

Since then, a lot has changed, as you know. Thanks to the empowerment of women, an entirely new mindset was born along with the Single Working Woman.

I like to think if they teamed up with Housewives, women would undoubtedly rule the world. This brings me to the battle of the bitches.

The legend of the housewife: Why men can’t live without women

For years, housewives were respected and looked upon as the ‘homemakers’ of the world, creating a life for themselves which was based around their family. These women were the must-have possession for a respectable working man. Yes, I did just say possession.

The original potential housewife usually also had all of the following traits:

A must. Cooking for your man as a housewife is essential, and if your gonna do something, you might as well excel in it.

The house must be kept spic and span, so OCD may help this process, as the housewife will then clean excessively until she is happy that her house is ‘perfect.’

A Great Pair of Knockers

All of these things were normal expectations of women in the ’50s, and now, looking at this list, they just seem degrading.

However, the ‘equal rights for women’ movement has spurred on a whole new ‘modern-day housewife,’ which is looked upon in just about the same light as the original housewife.

The Real Housewives. Reality TV in the States has been taken to the next level, and now attempts to ‘break the fourth wall’ and take a look into the lives of housewives living a life of luxury.

At some point in their life, a real housewife should demonstrate all of these actions:

All real housewives present themselves strongly, usually scrapping with other wives at a formal dinner, embarrassing both themselves and their husbands.

Or some may say overconfidence. Real housewives are happy with the way they look, and dress to impress. To real housewives, minimalism is not an option.

Whether it’s their own money or their husband’s money, real housewives spend excessive amounts of money on things that shouldn’t be that expensive.

All in all, which sounds more promising? That’s rhetorical by the way. Both demonstrate a form of oppression, which isn’t good. It isn’t good at all.

Some of you may think I’ve been extremely stereotypical up to now, but the truth is, if I wasn’t stereotypical, not one of you would know what I was talking about.

The Empowerment of Women: Entering the 21st Century

Right now, there are millions of single working women, who have taken it upon themselves to find a job, and depend on themselves rather than a partner. These are the type of women we should aspire to be.

Just look at single mothers. I’m not for one minute saying that women should have a child with the intention to bring them up single-handedly, but these women show that men do not have the last word and that men and women are equal in every way.

I’m also not having a pop at men. I’m simply attempting to save women from the pressure of having to find a partner immediately.

Take your time. Is it not worth waiting a little while and figuring out who you are, if that’s the only way to get a man to respect you?

I’ll leave that with you.