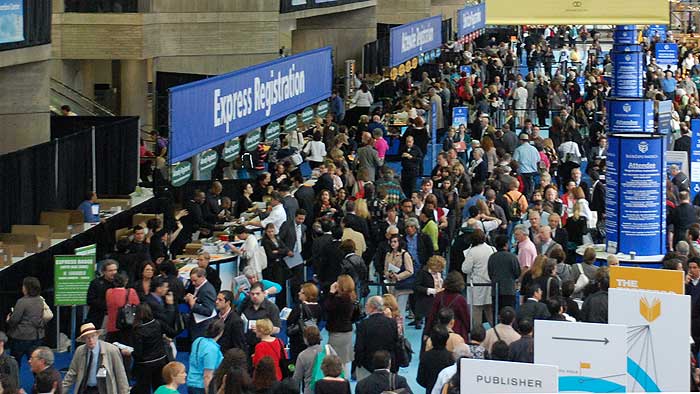 I have just gotten back from NY, attending my very first BEA; to say it was amazing would be an understatement. The Jacob K. Javits Convention Center, massive, and the buzz and excitement that filled the building were absolutely contagious.

There were so many authors, publishers, distributors, booksellers, agents, services, etc. If it had anything to do with the publishing industry at all, I think it’s safe to say it was represented on some level at the convention. I was so pleased I had the opportunity to go; time will tell if we accomplished what we set out to do, to find wider distribution for Mischief in the Mushroom Patch

, we shall see as they say.

On another note, while I was in NY, it was Fleet Week. I hadn’t experienced that either, until now. The streets were filled with Marines, Navy, and Army, and I believe it’s only fair to say in my opinion, regardless of your position or political views, you would have to have felt a sense of pride to see these young boys, men, and women, in their uniforms walking the streets of NY.

They looked so young to me, and yet they blew my mind with their kindness. My dad is an ex-Royal British Marine, Green Beret, I may not have said that right, and trust me if I didn’t, he will let me know! He went to NY with me and my friend. He was so proud just being amongst them, the Marines specifically. I swear he stopped just about every Marine he could, shook their hands, and took a photo.

What amazed me the most was how these young men stopped what they were doing, on their own time, to talk and visit with my dad. They were so respectful to him and they didn’t know him from Adam, it truly was a beautiful thing.

At one point I think my dad relived his entire service time, a young Marine listened to every word. I don’t know their names, but I know this and I believe this, it is because of them we are safe, and because of them, we don’t have to worry about a draft. I am grateful to those young men and women for what they do, and for the kindness, they showed my dad, right there on the streets of NY.

I have a twenty-one-year-old son who got married this weekend, and because of these fine men and women that do volunteer to do what they do, my son doesn’t have to worry about a draft, for which I am truly grateful. It’s not in him, my son, he’s not made that way and I would be terrified if he were drafted. I don’t mean that in a bad way, my son is just very passive by nature.

Of course, it would be wonderful if we lived in a world where we didn’t have to think about defending our country, but that’s unrealistic…not that we’re not all striving for that kind of world, but not everyone wants that do they, sad but true. So thank you for all you do, and thank you for taking the time to talk to my dad, you made him so happy!