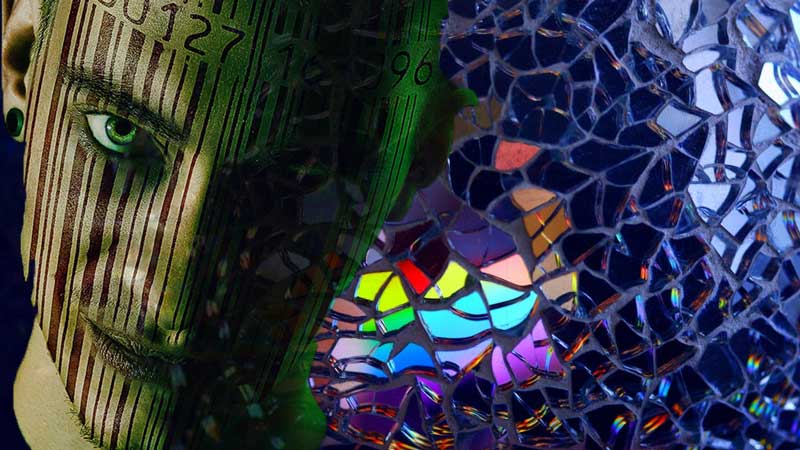 Rosanne Barr’s career ended with one tweet. A similar situation almost derailed Kevin Hart’s 2019 Oscar hosting gig. In 2006,  Michael Richards, an actor from Seinfeld, apologized for a racist outburst he had during a comedy performance.

Imagine what today’s critics would think of Bob Hope, George Carlin, Chris Rock from the 1990s, Richard Pryor, or even Robin Williams. If there is not enough horror in the world…on New Years’ Eve 2018, Radio-Canada broadcasted a Québécois New Year’s Eve sketch comedy called Bye Bye.

True to form, Radio Canada was accused of racism for mocking PM Trudeau’s India trip. FYI, anybody in Canada knows the Quebecois are not known for issuing apologies for offending anyone. When their American counterpart is crude, foul-mouthed, and offensive, caving in to apologize… Like, give me a break!

When I went to York University to study literature from 1991 to 1993, I remember a second-year classmate who did a presentation claiming Frankenstein was an anti-feminist novel. I was shocked and dumbfounded and was outside in the hallways, where I never got a proper explanation. I can go on and on. If one missed the memo… everyone is complaining about political correctness.

The present Canadian government is the Liberal Party of Canada, but opposition is growing against them from coast to coast. When President Donald Trump wanted to update the NAFTA agreement, it was claimed that the Trudeau Liberals brought Gender identity to the table…

Yes, the businessman in the White House thumbed his nose at that one. For the record, the oil and gas industry in Alberta has fallen into a depression, housing prices in Alberta have crashed, and the leftist NDP government in Alberta is under siege and facing an uphill battle in a provincial election that will be held in April 2019.

In Ontario, the automotive industry is leaving, causing tremendous unemployment. Opinion polls don’t even explain the undercurrents. No one trusts, or watches the mainstream media in Canada–so the loudest voice in the room is questionable! Going back to the middle of the 1990s, Ontario elected Mike Harris, a hard-right conservative and the Ontario PC’s served two terms. In 2003, a leftist Liberal Party came to power in Ontario.

Somewhere along the way, Kathleen Wynne replaced Dalton McGuinty as premier, and she subsequently led the party to a majority government victory in the 2014 Ontario provincial election. If you don’t know it, Premier Wynne is openly lesbian and one of her major initiatives was to update Ontario’s Sex-Ed Curriculum.

Zap to 2018. After 15 years of Liberalism, Doug Ford led a conservative government’s return to power, and his first initiative was to repeal Premier Wynne’s Sex-Ed Curriculum…. This caused the fur to fly in the media; more information can be found here. If we look across Canada, the NDP and the Liberals are being replaced by conservative governments.

Yes, a wave of anger has spread to Europe and lol, and behold to Latin America, where leftist governments have fallen to populism, including Brazil. Just yesterday, I ventured upon a story suggesting that the Islamic Party of Ontario will be fielding candidates in the next Ontario election. That is unbelievable, and it isn’t even a conspiracy theory either! In fact, there are fears that such a political party would legislate Sharia Law, ban same-sex marriage, and Gender Identity would be swept under the rug…

That is important, but somewhere the media fearmongering is losing touch with reality. How? Why? Economists are predicting that the consumer debt level in Canada will reach 4 trillion in 2019. Guess what? It is now 2019! Million-dollar condos are being built everywhere in Toronto and more than the number in the state of New York. Housing and rental prices are beyond the average age earner in Canada, and jobs are hard to find.

Quebec was swamped by refugees crossing the border and our French Canadian friends elected a conservative government to tackle the crisis. These same refugees came to Ontario and for the first time in recent memory, we have Middle Eastern panhandlers begging on the streets of Toronto. The leftist Liberal and NDP governments are not focused on the local scene, the overpriced housing market, the scourge of unemployment, underemployment, and the ever-burgeoning homeless crisis.

As a matter of fact, I spent three years looking for work at Woodgreen Community Services. Every day I would walk in, use a computer, and look for work. Yes, they helped me fix up the resume, but they did not once offer me any retraining courses–and I was in there every day.

I met countless job seekers at this location, and they were never helped out. In fact, if they couldn’t find work, they would volunteer to help others. Eventually, these same people would be shown the door. Firstly, before I left this place, I was told there was a secret jobs list, and it was reserved for Syrian refugees. Secondly, I was also made aware that if this employment center referred job seekers to get psychological counseling, the center would get increased funding–total hypocrisy.

When I see our leftist Liberals and NDP go on and on about Gender identity being a major concern, I shake my head. Yes, it is important, but don’t go overboard over it! Why? It is very obvious that when they go overboard over Gender Identity, they are killing the Liberals in Canada. There I said it, and I don’t regret it either.

All and all, there are too many issues assailing our governments right now. The oil and gas industry is dying in Canada and being replaced by electric cars. The automotive industry is moving out of Ontario, people are losing their homes, and refugees from other countries are overwhelming our border police. FYI, I don’t identify myself as conservative or liberal but as a human being. Why are there political parties in government?! Political parties should be banned, and this would give our politicians more power. So call me a conspiracy theorist, but… things will get better.

Times are a-changing, and it will get better. Right now, I think the worst thing to do is to be rational, sane, or responsible. It’s better not to do what you are supposed to do and write a list of what you are thankful for in life. Forget about the regrets, but there is always self-publishing. If you do happen to write a memoir, call it Portrait of an Artist, or madman, or even The incorrigible.

Jack Eason Jul 3, 2012 6
21st Century Trolls What is it with certain people who get their kicks out of being totally nasty to others? Since…
Book Review