I can already see I have you thinking, where is that? I have never heard of it. Oh, but you have. It is known worldwide as Vietnam.

Before I will explain my reasons for this article, I will say I am Pro-US. This is not an attack on coloured people. This is not a political article, it is a brief history of the area, in response to an article on Angie’s Facebook page.

This is by no means an authoritative piece either, as I am no expert on either the history of the area or the events prior to US involvement. I just wish to clear a few misnomers up.

This article was prompted by an article from a coloured man in Mozambique complaining about US domination in world affairs and how the world was waiting for US Democracy. 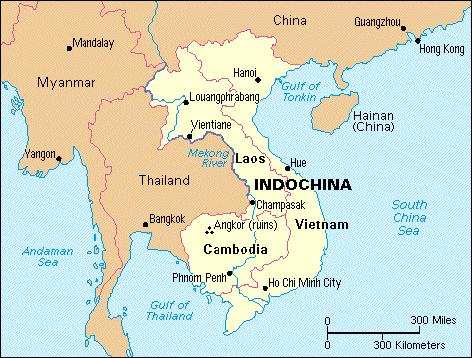 I am tired of people slamming the US for helping out. If you feel the need to slam somebody, try the French.

Their list of messed-up military affairs goes back to the Franco-Prussian war. Who bailed the French out of the wars, out of Indochina. Who stopped the “Domino effect” of Communism in the far East. OH the USA.

WW2-The Maginot line of fortified posts went as far as the Ardennes. The French in their arrogance told everybody, the Germans cannot drive tanks through the forested area. Try telling that to the soldiers who fought the Ardennes offensive AKA Battle of the Bulge (16 December 1944 – 25 January 1945)
WHO lost the most men USA with almost 90,000. How many did the FRENCH lose for this gross mess up -NIL.
90,000 men lost in one offensive fighting in a war far from home. 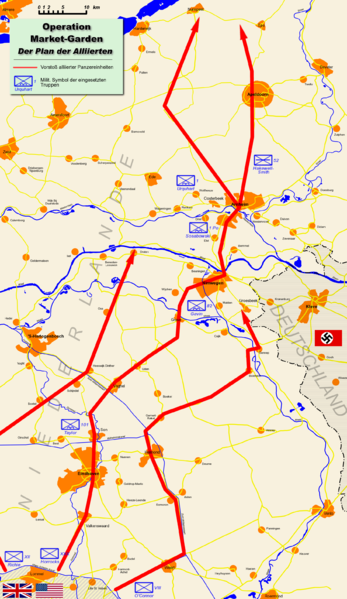 I won’t go into total US losses for the war. Just to point out one more thing. “Operation Market-Garden” AKA “A bridge too far,” if you read your history books or watched the film you will know the story.

The plan in short was to drop paratroops at bridges at Grave’, Eindhoven, Nijmigen and Arnhem. Then drive 30 corps tanks right through. Audacious as it was as a plan it was held back at the start as the bridge at Grave’ had to be rebuilt on pontoons as it was blown by the Germans.

The point of this section is again apart from Arnhem. ALL the other bridges were taken by US troops.

As you see just in those two sections the US helped Europe out of the mess, where were the French? Apart from the resistance and some Marquis cells, most of the forces had been forced to capitulate within months.

Prior to WW2, the area was known as French Indochina and was part of the French Republic. At the onset of the war France pulled out to fight in Europe. After the war, the French went back to Indochina, by this time Communism was rife in the area we know as North Vietnam.

The French fought running battles with the militia in Vietnam until the fall of Dien Bien Phu in 1956. Then for 6 years, the UK & Australian forces tried to hold the peace. US forces did not go into Vietnam until late in 1962.

Vietnam is America’s war, as I have just pointed out it was NOT America’s war. They were just getting the French out of trouble again.

Lots of people liken the fall of Dien Bien Phu to Khe Sahn. They could hardly be less alike.
The French had been told by ARVN (Army of the Republic of Vietnam), that the NVA (North Vietnamese Army) at Dien Bien Phu had been supplied by Russia with modern guns but chose to ignore this advice, thinking that they were fighting a native army with bows, arrows and old weapons.

In the meantime, the NVA surrounded Dien Bien Phu and pounded it for days before launching an all out assault. The fall was mainly due to the fact the Vietnamese were willing to take a huge body count to get the outpost. Just as fatal was the lack of support at Dien Bien Phu for the troops. 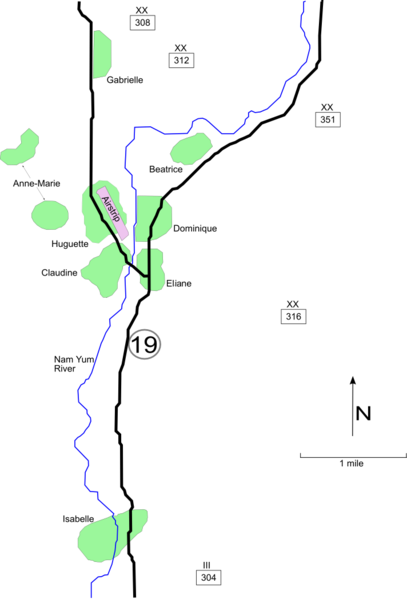 Khe Sahn on the other hand was what was termed an FSB (Fire Support Base), to give you an idea it was like the Martians in the original film “War of the worlds,” if any base came under attack, and two more could support it with artillery, troops, and planes.

As I said at the beginning I am pro-US, this article has no political slant at all. The information is a historic fact and can easily be verified. Another byword after pointing out the errors of his ways to him. I also pointed out that even the Foreign Legion have dropped both the name French and their allegiance to France.

He did not like it when I also pointed out that the Swiss may have given the world one of its dirtiest words (Mercenary) but in the 1960s’ it was Africa that made people like Mike Hoare, Jean Schramme and to a far lesser extent Costas Georgiou wealthy.

I am not surprised he did not wish to further insult the US policies with me, nor talk on the history of US involvement in getting the French out of trouble. If you wish to attack somebody, get your history right. The Case of Sean Flynn

Fran Lewis Jun 14, 2012 0
Final Paradox: Norma Dinnick lives in a world of her own. She hears voices, sees people that are not there, wants…
Science