Eastern Europeans Should Be Fans of The New York Mets 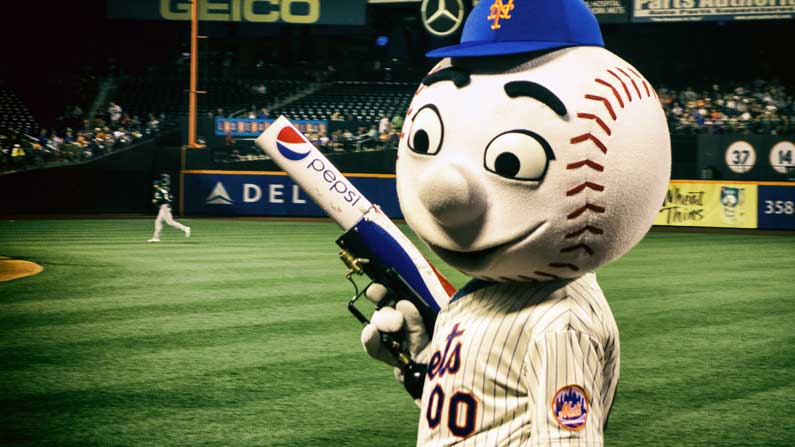 Fans of The New York Mets

I grew up as a fan of the “other” baseball team in New York City. You know immediately, I am not talking about the franchise in the Bronx, the one called the Yankees. They win all the time.

The franchise I support has a ballpark, with flights taking off and landing at nearby LaGuardia Airport, buzzing overhead. The site of 1964-1965 is nearby. Also nearby are cemeteries. Where aging Mets fans go to suffer and die.

Where do Eastern Europeans come into this? Well, my ancestors came to the United States from what is now Ukraine, but that is not all.

My Dad is no longer with us, both he and my Mom were trained as chemists. They had a colleague in Prague, who I got to meet in 1999, Professor Otto Exner. A friend in Budapest, for whom I am writing this agrees, that many Eastern Europeans have the following sentiment.

“Otto, how are you?” He was asked. His reply? “Worse than yesterday, but better than tomorrow.”

When you are from a place that is invaded and mistreated that often, you can’t tell what will happen the next day, you live by President Reagan’s “Trust but Verify.”

OK, why the Mets? Don’t the Cubs have a longer history of futility? Yes, but the point is, the Mets do win it all, sometimes. They do it an average of every twenty-six years. At that rate, it is a generational thing.

The Yankees are more like Ancient Rome or the United States at its most powerful. You can only win. Losing is, well for losers. The Mets can provide not just losing, but you can get entertainment with your loss. In their first season, 1962, they LOST 120 games! Ouch!

This is the team that gave us a player Marv Throneberry, known as Marvelous Marv. He could do nothing right on the field, but Met fans adored him. In the first Mets game ever played, pitcher Roger Craig, dropped the ball, and was called for a balk with a runner on third, so the runner scored.

Alas, this made Casey the right manager. In his playing days with the old Brooklyn Dodgers, Casey tipped his cap and a bird flew out. He tried to become a dentist, but that ended quickly when he was chatting with someone, (he did that a lot) and raised the patient all the way to the ceiling, like something in a cartoon. Casey was a cartoon character, in some ways.

I was just shy of my thirteenth birthday when the Mets went from losers to winning the World Series, in 1969. A baseball version of the Berlin Wall coming down. Liberation! The Yankees had a losing season that year.
It was not to last.

From 1974-1984, it was back in the dark. We are in the dark again. Understand this. Not everything that goes wrong with the Mets happens on the field. It goes deeper than the Mets finding bigger and better ways to lose games. Going with my Dad to Opening Day, was a tradition.

We wondered how we were going to suffer this time. I remember my first game, June 6th, 1965. They lost. I remember they lost 3-0 to the Pittsburgh Pirates, who had the great Roberto Clemente.

It was a bit like the gallant cavalry charge into oblivion. Winston Churchill writing about the Battle of Omdurman, only the Dervishes come out on top.
In this decade, I can give you three examples of insanity off the field.

The Mets owners were sued for allegedly being part of the Bernie Madoff Ponzi scheme. It made paying good players difficult.

Within the last two weeks of writing this, you had poor Wilmer Flores, crying on the field. Why is he crying? Mets Manager Terry Collins demanded. Social media stated he had been traded. (The trade fell through). In other words, the word was out before the manager or other players knew about it.

Just before that, a frustrated Mets fan started a GoFundMe campaign to raise three million dollars to buy a good hitter, by the July 31st, trading deadline.

These are the sort of insane things that happen.

If you are Eastern European, the New York Mets are a constant reminder of how things can go wrong, and they are things outside your control.

You have good times, like Czechoslovakia, between the World Wars. The dark side is the Nazis, then Soviet Communism. The Prague Spring gives hope, like a good baseball pennant race; then it ends with a whimper.

Eastern Europe was conquered and ruled, by many different dynasties with differing degrees of treatment.

In 1999, we had fun in Poland, on the computer in the office of my parent’s family friend and colleague, Professor Marek Krygowski. Well, my wife had fun. It was October and her beloved Boston Red Sox were in the playoffs. The Mets were out of it, as usual. Marek thought she was looking at something important like the World news. “No, baseball scores.” The Red Sox need a separate essay.

If you know Boston history, the Red Sox is a tale of two cities, New York and Boston, New York State, and Massachusetts. The Erie Canal made New York a more important port than Boston, so the rivalry is pre baseball, and baseball is where it is played out.

The Red Sox are the Irish, the Yankees the English. (Explaining the term Yankee for non-Americans is for another time). The Red Sox were a different type of suffering.

In Vienna’s Sudbahnhof, Elaine quickly bought a copy on the International Herald Tribune and made a mad dash for the sports pages. “Yes, yes, yes! Pedro (Martinez) pitched a winning game. This was 1999. Five years later, she broke down and cried when the Sox won their first World Series in eighty-six years. That was the Easter Rebellion, and the 1922 Anglo-Irish treaty rolled into one.

The Mets should appeal to a place whose people were conquered and bashed around by all sorts of stronger peoples.
Little League is spreading baseball to Eastern Europe. Bring in Mets satellite broadcasts, so my friend Linda can cry out in Hungarian, Nem lehet itt valaki játszani ezt a játékot? (Can’t anyone here play this game)?