I have always been a highly civilized person. For the most part, I am considerate of others. I am never intentionally rude or bad mannered or insulting.

I am not uncouth. I don’t make scenes in public (or private, for that matter). I seldom raise my voice. I listen more than I talk. I dress modestly. I use correct English and am not given to crudeties or foul language. If it’s in my power and nature, I almost always do what others ask. I try to be helpful. In other words, I am tame.

When I was young, a lot of this tameness came from being fearful of doing the wrong thing. I grew up in a shifting emotional atmosphere where from one minute to the next, I didn’t know how I would be treated, so I did the only thing I could — be a good girl. I obeyed. I never talked back. I keep my rebellious thoughts to myself. I did what was expected of me, often before such expectations were even expressed. 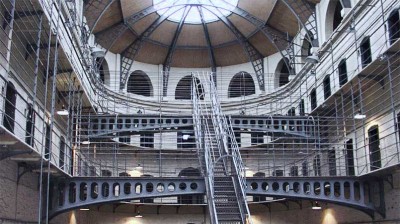 As an adult, I continued to be tame. I seemed to know instinctively that any fierce disagreement would only lead to fiercer disagreements, escalating until one of the parties killed the other. Of course, such hostilities generally don’t end in death because somewhere along the line, one of the combatants gives in.

Since I knew that in any conflict I would be the one to give in, I never took up the battle in the first place. If I were going to give in, I figured I might as well do so before any damage was done.

I’m still tame, of course. By now it’s not just a habit, it’s who I am. Kind. Conciliatory. Even-tempered. I do experience anger once in a very great while, but those infrequent outbursts flare up quickly and die just as quickly.

There is a untamed side to me — an inner savage, a wild woman, a primitive and elemental being — that I get glimpses of once in a while. I first noticed this untameness when grief descended on me with the all the power of Thor’s hammer. I had no idea I was capable of such feral emotions. Even if I had wanted to, I could not have controlled my grief as I had always controlled my emotions. Grief came in an instant then grew and grew until there was so much pain I wanted to scream. And so I did. Mild-mannered me, tame me, good girl me screamed my agony to the winds.

For the past four years, ever since the death of my life mate/soul mate, I’ve been feeling an itch for “more.” I have never known what this undefined “more” is, but I’m getting an inkling that it is my wild side. I’m not sure how to unleash the wildness, though. Perhaps just by being aware of my connection to the earth. Perhaps by letting the winds take me where they wish. Perhaps by being spontaneous.

As John O’Donohue wrote in Aman Cara, “To be spontaneous is to escape the cage of the ego by trusting that which is beyond the self.”

To escape the cage. To be wild.