A couple of weeks ago I was on call. It is either in the evening, night, or weekends when regular clinics are closed.

We work from a hospital location. The team includes nurses and doctor’s assistants who pick up the phone, doctors who are seeing patients at the clinic, and doctors driving around the region in a small ambulance with a chauffeur/assistant.
It was a Sunday. We were called by a nurse at an old people’s home. An 82-year-old lady was losing consciousness. 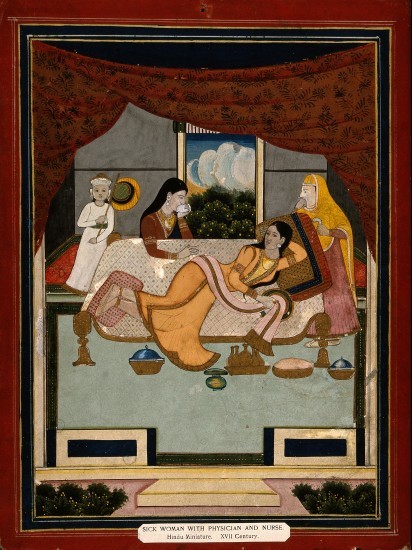 The chauffeur and I ran to the car. We switched on the sirens and sped away at top speed. I always find it quite frightening to sit next to the driver with screeching sirens and am happy I am not the one who has to drive and am happy to arrive alive.

Ten minutes later we arrived at the building. A nurse was waiting outside to show us the way. We walked quickly through the long corridor. I was schlepping my doctor’s bag and the chauffeur was schlepping the heavy suitcase, (full of medicines, IV’s, etc.) the oxygen tank, and the defibrillator. As soon as we arrived I saw that the patient was indeed losing consciousness. She was lying on the bed very pale. She looked like a frail old lady.

The room was terribly crowded. A couple of nurses and some family members were crammed into it. It was a suffocating feeling. I could sense the panic and fear in the room. I told them politely to leave the room, all except for one nurse. I requested one of the nurses to get me the patient’s medication list. This could give me an idea of her medical history.

I started to talk to her asking if she had chest pains…. no pain elsewhere…. no… shortness of breath? …. “No”. She was slipping in and out of consciousness. I did a quick physical examination to make a differential diagnosis of what was happening.

Her heart rate was very slow around 40/min (bradycardia) and very low blood pressure which was probably the reason she was losing consciousness. Her sugar level, oxygen level, lungs, and neurological physical examination were all ok.

We did not have much time. We could lose her any minute. I kept on talking to her trying to keep her with us. I told the nurse to alert an ambulance and proceeded to insert an “iv”. I hoped that she would make it and not die before we get her to the hospital. I told the chauffeur/assistant to get me an ampoule of atropine from her suitcase in case the heart rate gets even lower.

I had few other medical options as her blood pressure was so low. She needed a pacemaker. I started to give her fluids through the IV to “fill her up” and get the blood pressure higher. I called the family and explained in two minutes that the situation was very serious. I had no time to lose.

My phone rang. I gave it to the chauffeur. It was the next address to visit, luckily not an emergency. It could wait twenty minutes. I was talking to the family while keeping an eye on the patient. I heard the sirens of the approaching ambulance.

A few minutes later the ambulance guys entered the room. I explained in short medical terms what was happening and gave them permission in case it gets worse on the way to the hospital to use very potent medicines. Five minutes later she was on the stretcher and on her way to the ambulance.

As we walked back to the car we met one of her daughters. She burst out in tears asking again what was happening.
As I explained to her I now realized that this was to be one of the many patients I would see that day. To her, it was her one and only mother.

Later that day while calling the hospital about another patient, I inquired about her. She had received a pacemaker and was doing much better.