With Christmas day barely a month away, celebrity chefs and supermarket chains here in the UK are already sparring with each other for the consumer’s hard-earned UK pound. 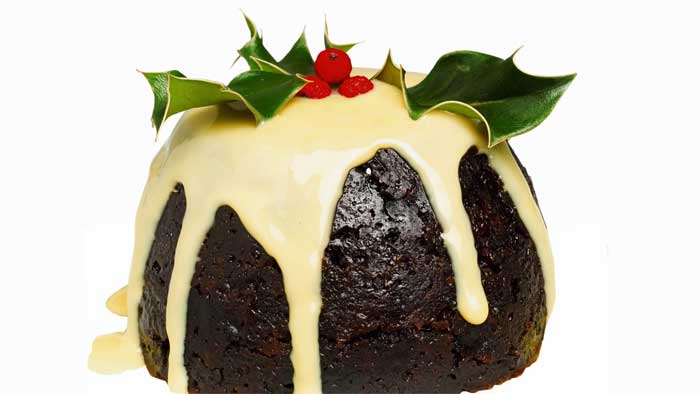 “A rare Heston Blumenthal Christmas pudding for Waitrose is open for bids on eBay, but it’s not the only supermarket Christmas fare that’s whetting gastronomes’ appetites.”

Every year there’s something, isn’t there? A decade ago it was Delia Smith, boldly introducing the nation, Walter Raleigh-like; to the notion of fresh cranberries in a sauce, we could make ourselves rather than buy in a jar. Sales of the acidic dark-red fruit promptly trebled, triggering shortages up and down the land.

Logically, as we slide ever further down the celebrity-endorsed slope, this time around it’s not an ingredient but a product baring Heston Blumenthal’s name. “The must-have pudding for 2011. Sold out in 99.9% of stores. In original sealed box.”. Time left: 9 days.” As G2 went to press, the bidding stood at £77.

Admittedly, this prince among puddings serves 10-12 people. And it is, if we believe its creator, “very special . . . As it cooks, the essential oils from the orange peel infuse the nuts and fruit from the inside out.” But £77, you’ll agree, is a lot to pay for something that retailed at £13.99 (already a pretty penny to pay for a pudding).

“We’ve sold tens of thousands,” says the supermarket, adding that while there were “around 2,000” in stores at the start of the weekend, “they’re being snapped up very quickly. We always thought it would do well; it’s a modern twist on an old favourite, from one of our food ambassadors. But even we have been slightly surprised.”

Delia, Waitrose’s other “food ambassador”, is doing all right too. Her £10 DIY Christmas cake kit “perfect for first-time bakers who don’t want a cupboard full of half-used jars, and enjoy baking but don’t have the time” – is currently flying off the shelf every seven seconds. It can only be days before it shows up on eBay too – maybe for £26, which is what the ingredients would cost individually.)

The moral of all this, of course, is that we really, really care about our Christmas dinner. Also, some of us are gullible enough to swallow anything. If you’re in the former category but not the latter, a tip: the Christmas pudding that won this year’s ‘Which’ magazine’s taste test comes from Lidl. And it costs £2.99.”

Whatever happened to the family tradition of all gathering around, helping your mother stir the mixture, with tiny hands adding the ingredients and the odd few silver coins before your mother put the delicious concoction away to mature.

Remember the joy you all felt when she triumphantly brought it out on Christmas day for the family meal to the applause of all seated around the table and when your father lit the alcohol? Remember that wonderful sight of the blue flames licking their way around and down the sides of the pudding? I do.

Happy Christmas to one and all…