Before I  knew it, the sounds, smells, and excitement of a special season were in the air. Christmas in “El Coquí” was an especially joyous season for me, as well as for everyone else in our town.

We had never heard of Santa Claus, and we had never decked out a Christmas tree.  Neither were the children of the town looking forward to December 25th, since we did not exchange gifts on that day.  Instead, we looked forward to “Three Kings’ Day,” celebrated on the 6th of January.  Specifically, at that moment we were looking forward to January 6, 1950. 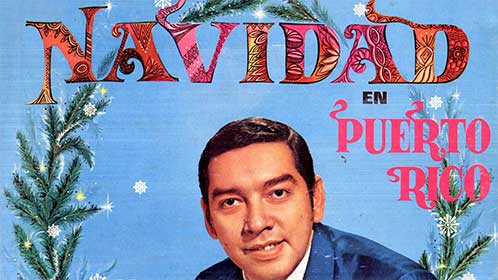 According to Catholic tradition, in the area of the Holy Land, a long time ago, there lived three kings, each one in his own kingdom: one of them was a white-bearded old man, another a black-bearded, younger man, and the third, a black man.

All three kings were deeply involved in star-gazing, astronomy, and astrology.  Since they were scientists, they were also called the “Three Wise Men.”

Legend has it that, sometime before the 25th of December, each one of those three kings observed a star (the Star of Bethlehem) moving in the sky.

After consulting their astrological charts, and after some divining, the three kings realized that the star was moving in the direction of the place where a future Messiah would be born.

Since the kings wanted to worship that new Messiah, they set off on their camels following the star.  Furthermore, since they wanted to show their devotion to the newborn king, they took with them the most expensive gifts available; one carried myrrh, another gold, and the third frankincense.

The journey upon which they embarked was long and difficult.  Therefore, they were not able to reach the manger where the new Messiah was born on the 25th of December.  Instead, they reached Bethlehem some time later: on January 6th, to be exact.  That date, known as “the feast of the Epiphany” in Catholic lore, is the basis for the traditional Christmas-time gift-giving holiday that we observed in all of Puerto Rico until recently.

The gift-giving is a reflection of the gift-giving that took place between the three kings and the Messiah (Jesus).  Since the three kings offered their gifts to a child, for a long time in the Puerto Rico of my infancy, only children received gifts on January 6th.  Later on, the gift-giving became generalized to both children and adults.  Today, both Christmas and the Epiphany are observed in Puerto Rico, and on both holidays, people exchange gifts, much to the glee of business owners, and much to the dismay of those having to purchase gifts twice within the space of two weeks’ time!

During my childhood, we, the children of Puerto Rico, would have, indeed, found strange what is today depicted in the U. S. as a standard Christmas-time scene.  We would have marveled at the nice, chimney-topped, snow-covered houses depicted on postcards because we live in a country where it never snows, and where some people don’t even know what snow is.

In fact, most of us then lived in small, wooden structures where there was no need for chimneys because it never got cold.  We would surely have laughed at the sight of a white-bearded old man dressed up in warm, red clothes since that old man would have been sweltering in our 80° Fahrenheit and higher temperatures!

And, of course, we would have found it both droll and unbelievable that the old man should travel in a sleigh pulled by reindeer, since we have neither sleighs, nor reindeer, and we all knew that Jesus’ birth took place in a desert setting, where camels were the preferred means of travel!

Still, some concessions to local topography and means of transportation were made.  In the Puerto Rico of my infancy (and still today), the camels so identified with the tradition of the three kings were surreptitiously changed for pack-animals more familiar to us: horses.  And the desert scenes of the Bible have suffered subtle adaptations in the form of a palm tree and mountain backgrounds, with, of course, the very Puerto Rican coquí appearing prominently somewhere.

What was most exciting for me as a child, was the fact that children had to actively carry out certain activities and show signs of hospitality in order to receive their gifts on Three Kings’ Day.  On January 5th, the children of Puerto Rico would go out to fields and cut down stalks of elephant grass which they would then trim and tie into bundles, one per child.  Then, on the eve of Three Kings’ Day, those bundles of grass would be placed under the children’s beds, later to be replaced by gifts.

During my infancy, neither my brothers nor I ever received anything fancy or expensive for Three Kings’ Day.  Still, we did receive gifts, and we were very thankful for that.

[from the memoir MY FIRST ISLAND]