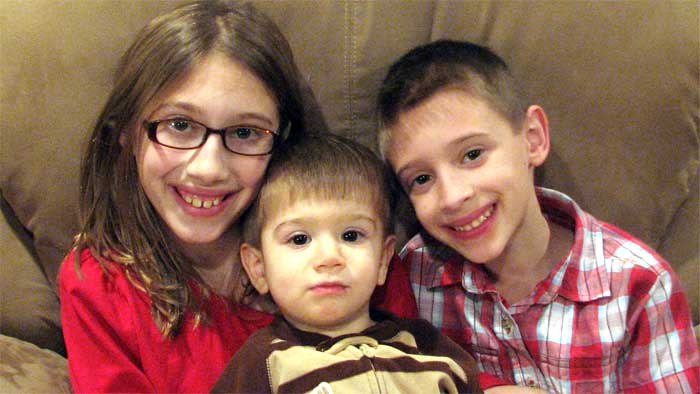 So Christmas has rolled around again. And we’ve come so far from where we were last year!

Though there was love and real joy last year there was still shock and no way to have found any real acceptance of what our son’s diagnosis meant. We’d no basis for understanding where we’d go, what we had to do, and what anything meant as we gathered around the tree last year.

We knew the barest things of what Autism meant in the textbooks, we knew what the experts had said was likely for our son, and we also knew that some of those things would apply and that some of them would not.

We knew there was still an unfathomable denial that we still had to break through in terms of what we hoped for. We knew some things would come true for him and other things that we wanted so desperately might not. We were on the fragile indrawn breath of those things that come between gasps of despair, hope, and finally the peaceful sigh of acceptance. We could not have been anywhere different last year.

We were 11 days into our Autism diagnosis when the gifts were unwrapped.

We had an understanding that old things were falling away and new things were about to begin but we had no idea of what that meant. We hovered as a family in the circle of light and simply made ready to start our journey.

There were so many joyful feelings last year that could not be denied but mixed right in equal amounts were the hollow things of sadness and tender open wounds of loss. We did not know exactly what we had lost but we were waiting to begin the tally of those things that we knew were coming.

Thankfully we never did lose sight of the fact that everything in our life has been a gift. We were aware that we had to find the balance between what the textbooks said, what the experts predicted, and what would be the balance for our son. And in that way, we settled into Christmas last year.

There was no attempt at Santa Claus or Twas the Night Before Christmas and there was no point. He was not nearly ready and his lights were just beginning to twinkle on. Nicholas began to grow ever more into himself almost from the moment of his diagnosis.

It is funny how God gifted us like that. Just as they tried to shut the door on hope by telling us how hard things would be Nicholas began to show up and immediately in soft but undeniable ways let us all know that he was not Autism and he would be special in so many ways.

His eyes began to meet the camera, his smiles softly shined out from unfamiliar stiff lips, his head would turn at just the moments that let us know he was in there, and, in ways they said might be unlikely he was intact and present here in our world. Of course, the loss of function and the devastation of disorder also grew as he did. But, right in tandem so do the ways he is whole and emerging into his own skin.

All through this year Nicholas has continued in just this way. Every part of his empathy, interest, and feeling gaining muscle with their use. At times we’ve wondered where this ism, the movement and involvement– of self–(Autism) the locked inside hopeless part, of his diagnosis, has fit in. We see that it is harder and more sporadic for him but that often, more often than I think most would believe, he is able to break free of himself and join us here.

Nicholas began to grow as our hope was meant to diminish. And forever I will be thankful to our God for that. But, last Christmas we could not see the ways he’d grow. We didn’t know and of course we couldn’t know.

This year I began preparing him ahead of time showing him videos of children opening Christmas gifts. And playing movies and reading stories about Santa Claus. I did this with no expectation just a hope that something, any part at all, would grab hold.

I knew that Nicholas would not have anticipation. Today, tomorrow, soon, later, December 25th means absolutely nothing to him.

There is only now in Nicholas’s world. But, I’d hoped perhaps for an exciting recognition or maybe that he would this year open his own gifts. So doggedly even against any appearance that he understood I tried very hard to share the Christmas experience with him.

To my pleased surprise he learned who Santa is and even sat on his knee at preschool! If I pointed at a picture of Santa he’d give a version of his word starting with a clear “S”. I knew he understood the name and the face if not the meaning.

And of course, we shopped this year with a much better understanding of what would work. We hardly paused at all when bagging up the tracks and the lovely little signs that came with the beautiful train set we bought. We put them up on a shelf awaiting the day they might make their happy return.

We knew that for Nicholas connecting those trains and rolling them along would be all that mattered. The tracks and the signs would be a source of outright frustration for him.

When we put up his hiding tent that we bought for him to escape to we automatically folded the zippered door and stashed it under the tent. Zippers and doors are not necessary for him.

We assembled a wonderful rocking horse my parents had bought but did not bother to turn on the noise-making part. That will not matter to Nicholas. And as for the rest it was simple play dough brought out one at a time and balloons and bubbles that finished the gifts.

It was a very simple array. And we were not disappointed at all. We’ve learned a thing or two about the utter beauty that can be found in streamlined gleaming bare simplicity. Our tree this year is mainly lights, an ornament or two, with the brightest bit being the glittery winking star.

Our tree is made for Nicholas to be able to enjoy and if his fingers should wander there nothing would be set ablaze or shattered or wrecked.

On Christmas eve we assembled everything. And I could not help but reflect on how different this year was. We know our son better. We know what his true needs are. Too many bits and parts will overwhelm, too much noise will drown him out, everything must be scaled down.

There was much anticipation on our part this year. In walking in to wake him up I hoped just a little bit. And Nicholas gave me a gift when I told him Santa had come to his face lit up as he darted from the room. And our array had been pre-assembled so he did not have to wait to walk up and touch and use everything.

We wrapped the little baubles and bits that could be played with straight from the box. But, everything else was open and upfront. Nicholas cruised each thing in the quiet room. Each piece gets a turn. To keep to just a few things had been utterly right! He enjoyed everything. I enjoyed watching Britty enjoying his joy and happy face as we did.

There is peace this Christmas. I am still riding that sigh of better understanding and relieved acceptance. Yes, there is a deficit. But the books and doctors have also been wrong. I need only look at my potty-trained son, the boy the neurologist said never would be and the one who was completely done not three weeks later, to feel belief and hope all over again.

There is joy, peace, gratitude this Christmas time. We are all making our way. We are all learning as we go. There is no sorrow this year. I’m grateful for this journey. I’m filled with love and respect for life’s travels and pains but enormously gratitude-filled for all the gifts.

If you do not know the gifts found in bare simplicity that Autism quickly teaches to the willing then you are missing out. I’ve never understood in the way I do today that every true thing worth keeping is first given away. it cannot be touched. It cannot be wrapped.

That thing is love and the feelings of hope and the belief that can be found easily in the lack of clutter that simplicity brings. And that is Christmas and Autism in 2010.